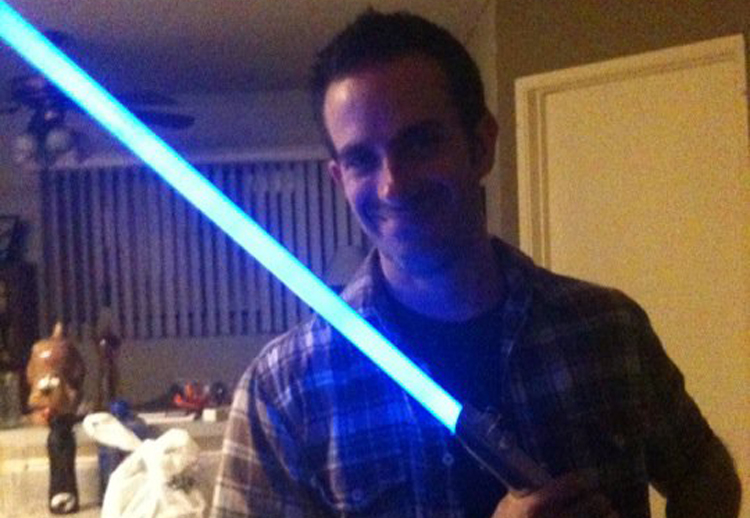 I love Star Wars. There’s no ifs, ands, or buts. It is a simple fact. Over the years I have collected a small parcel of Star Wars merchandise that is prominently displayed in my apartment. I never thought I’d look like such a nerd, but in fact, I do. This results in a fair amount of teasing and ribbing from friends and acquaintances. When these jibes occur, I think about my love of George Lucas’ fantasy epic and I wonder exactly why it has affected me so much.

When I was in fifth grade, I entered my first day of classes ready to make new friends and reconnect with old ones. During the first week I kept hearing rumblings about a movie everyone loved called Star Wars. Being a movie junkie today, I find it almost alarming that I had no idea what they were all talking about. But the more they told me, the more I was intrigued.

As weeks passed, more and more people were talking about it. I’d get pieces of information about a walking dog creature named Chewie, or a stuck up robot named C3PO. The girls were all obsessed with Han Solo and the guys were in love with the ultimate villain, Darth Vader. With my birthday approaching, I knew exactly what I wanted to do: see Star Wars. I was already collecting the trading cards, buying magazines with articles about the movie, and in a sense, preparing to have a favorite movie. I knew even before I saw it that my life would change.

Sitting in the darkened theatre on that fateful day, I was plunged into a world that didn’t seem like the set of a movie. It seemed real. It didn’t have that dystopian bleak futuristic feel that many of the sci-fi movies before and after have had, but instead it felt like a real place. Somewhere people actually lived. And it was a place I desperately wanted to live.

I don’t actually remember much from that first viewing as it was such an immersive experience, but I do remember two things: 1. It was cloudy that day and since then I have always loved cloudy days. 2. The year after I saw Star Wars was the year my relationship with my father became strained. Call it typical teenage angst. We were two people that didn’t see eye-to-eye. But I do remember that during the infamous Cantina scene…where crazy looking aliens drank their ale and a nutty band played a jaunty melody…my dad peered over at me, arms crossed, and smiled. He knew I was completely entranced by the scene and he loved the fact I was. It was one of the few times we really connected and I’ll never forget it.

Today, the Star Wars saga still means a lot to me. Every time I look through a book about the movies, whether it’s 200 pages of posters and artwork, or a collection of nostalgic toys and objects I remember seeing back in the late 70’s and early 80’s, it all brings me back to a time that I felt unadulterated joy. Star Wars fed my imagination. It allowed my escape from the trials of being an adolescent, and opened me up to experiences and friends I might have otherwise not known. For all of this, I thank the universe for allowing me to be born in a time that I was able to experience the films at just the right time; a point in childhood when the world is just starting to open up, yet we are still at a point where we maintain that innocence and wonder that being a 10 year old kid has. That anything is possible. That maybe someday I’d be called to battle the evil forces of the Empire. Or maybe that I’d just be able to conquer my own evils, get the guy, and save the world.