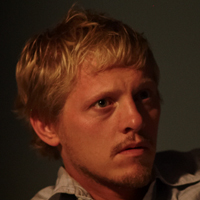 Thure Lindhardt is considered one of the biggest contemporary Danish dramatic talents and one of his generation’s most versatile and acclaimed actors. As a child, he had a part in Bille August’s Pelle the Conqueror, which won the Palme d’Or at Cannes and the Academy Award for Best Foreign Film in 1988. His breakthrough came with Kaspar Rostrup’s A Place Nearby (2000) after which he was presented with a Shooting Star Award at the Berlin International Film Festival. In the critically acclaimed Flame & Citron (2008), Lindhardt starred with Mads Mikkelsenas as real-life World War II resistance fighters, receiving a European Film Award nominations for Best Actor. Lindhardt also starred in Nicolo Donato’s Brotherhood, which won the jury award for Best Film and the Golden Butterfly at the Rome Film Festival in 2009, and The Island, which was chosen for Director’s Fortnight at Cannes Film Festival 2011. Thure’s U.S. films include Ron Howard’s Angels & Demons (2009) with Tom Hanks, Ewan McGregor and Stellan Skarsgard, and Sean Penn’s Into the Wild (2008), starring Emile Hirsch.

Zachary Booth is a New York-based actor best known for playing Michael, the son of lawyer Patty Hewes (Glenn Close), on the Emmy- and Golden Globe Award-winning drama Damages. Zachary’s film roles include The Beaver (2011), White Irish Drinkers (2010), Taking Woodstock (2009), Nick and Norah’s Infinite Playlist (2008) and Assassination of a High School President (2008). He will also appear in three upcoming films: The Blue Eyes, Recalled and Dark Horse. Zachary has also starred in such Off-Broadway productions as Edward Albee’s Me, Myself & I and Craig Lucas’ Prayer for My Enemy at Playwrights Horizons. Zachary is a member of the Actors Center Workshop Company, the Barrow Group theatre community and Peterborough Players community. His TV guest credits include Royal Pains, Law & Order: SVU and New Amsterdam.

A Massachusetts native, Julianne attended Hunter College and modeled in Paris before pursuing a career in acting. She starred in Dick Wolf’s Conviction and Law & Order: Criminal Intent, Steven Spielberg’s paranormal TV drama The Other and David E. Kelley’s comedy Ally McBeal. In addition to playing Esther Randolph on HBO’s Boardwalk Empire, Julianne has made notable appearances on Royal Pains, ER and Law & Order. Her U.S. films include Brief Interviews with Hideous Men (2009), Flannel Pajamas(2006), Puccini For Beginners (2006), Kinsey (2004) and Tully (2000) for which she received an Independent Spirit Award nomination. She is married to British actor Jonathan Cake, and has enjoyed working with international directors Peter Chan (The Love Letter), Alain Berliner (Passion of Mind) and Nick Hurran (Little Black Book).

Born in the Ivory Coast and raised in both Paris and West Africa, Souléymane Sy Savané won a modeling contest in the mid-90s and soon became a regular face at Paris Fashion Week, working with such legends as Jean-Paul Gaultier, Dries Van Noten and Kenzo. In 2009, Souléymane landed his first feature film role as the lead in Ramin Bahrani’s critically acclaimed Goodbye Solo for which he received a Best Actor nomination from the Independent Spirit Awards and won Best Breakthrough Performance at the Gotham Awards. Souléymane followed up the film with a supporting role opposite Glenn Close and Campbell Scott on the Emmy-winning show Damages. He can be seen this fall starring alongside Gerard Butler in Marc Forster’s Machine Gun Preacher. 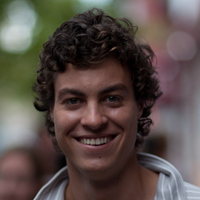 A native of Mexico, Miguel Del Toro played semi-professional soccer as a teen before a drama teacher persuaded him to audition for the role of Mercutio in Romeo and Juliet. After playing the part, he knew he wanted to become an actor. He then moved to Ohio to study film and drama at Kenyon College after receiving an academic scholarship and recruitment to play soccer. While visiting his brother in New York, Miguel attended an extras casting call for Keep the Lights On where Ira Sachs asked him to read for the part of Igor. After a series of auditions, Miguel won the part. He says making the film “ has been one of the best experiences of my life.” 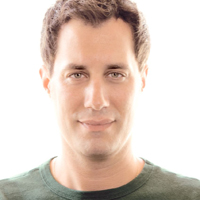 Justin Reinsilber is a member of LAByrinth Theater Company in New York City and is known for several stage productions, including working with Arthur Penn and Al Pacino at the Actors Studio. Justin also has many national commercials under his belt, including the much-loved Volkswagen ad in which he licks the car. Justin wrote the award winning show Fucking Love, which opened the HBO U.S. Comedy Arts Festival in Aspen, Colorado and just played at the Comedy Central Stage in Los Angeles. Justin has also appeared in several films and television series, most recently Supernatural on the CW Network. He has work-shopped several of his own plays at the Public Theater in NYC, produced new works by John Patrick Shanley and produced the biggest artistic theatrical event in NYC last spring, “Tenn 99: around-the-clock readings of Tennessee Williams’ plays, one-acts, short stories and other works.” 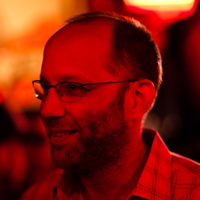 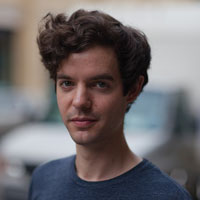 Lucas Joaquin produced the second unit shoot for the feature Beasts of the Southern Wild (dir. Benh Zeitlin), which premiered in competition at the 2012 Sundance Film Festival where it won the Grand Jury Prize for Best Narrative Feature at Sundance and the Camera D’Or for Best First Feature at the Cannes Film Festival. It is currently in release throughout the world.

Joaquin has also produced several acclaimed short films including Last Address (dir. Ira Sachs), which screened at the 2011 Venice Biennale, the 2010 Sundance and Berlin International Film Festivals, and is now in the permanent collection at the Whitney Museum of American Art, and the Museum of Modern Art in New York. In collaboration with Parts and Labor, he has also produced several music videos for artists like the Apples In Stereo and Trentemøller.

Upcoming projects include Ira Sachs’s Love Is Strange, Zachary Wigon’s The Heart Machine, and Ron Eyal and Eleanor Burke’s Bright As Day, for which Joaquin was awarded the Sundance Creative Producing Fellowship in 2012. 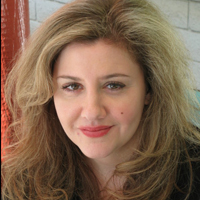 Marie Therese Guirgis is a talent manager in New York City representing film directors, a business that she launched in 2008. She is a producer of Julia Loktev’s upcoming The Loneliest Planet starring Gael Garcia Bernal. She was executive producer of Jonathan Caouette’s Tarnation and Rupert Murray’s Unknown White Male. In addition she is a development, marketing and distribution consultant for MPI (Producer and distributor of Ti West’s House of the Devil and The Innkeepers, Jim Mickle’s Stakeland and DVD distributor for IFC Films). She was Senior Vice President of Wellspring- a leading independent distributor of arthouse films. She ran acquisitions and distribution and helped launch Wellspring’s theatrical releasing initiative in 1999, acquiring over 400 titles, both classic films and new releases, to create a large and notable library sold to The Weinstein Company in 2006. 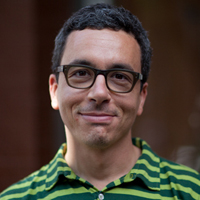 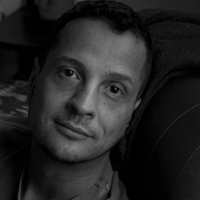 Mauricio Zacharias was born in Rio de Janeiro, Brazil, and has earned an MFA in Screenwriting from the University of Southern California, where he received the Warner Brothers’ scholarship. He collaborated with director Karim Ainouz on Madame Satã and co-wrote the director’s Love for Sale. Those two films have together garnered more than 30 international awards. His latest project, The Brazilians, was an original script developed for Focus Features with director Andrucha Waddington. He is currently writing Immoral, a new screenplay for Karim Ainouz about the military dictatorship in 1970s Brazil. Keep The Lights On is his first collaboration with Ira Sachs and they are already planning the next one. 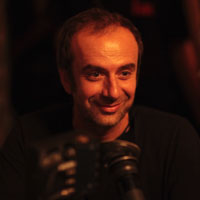 Thimios Bakatakis, cinematographer of the highly provocative Academy Award-nominated film Dogtooth and festival-favorite Attenberg, has lensed several commercials for Audi, Amaretti, Kapatos, Karamolegos, Lacte, Miele and Pavlides. He was born in Athens in 1970. He studied film in the Stavrakos School in Athens (graduated in 1997, and he immediately started working as a DOP shooting music videos and commercials. He quickly became one of the leading photographers of his generation. He has shot about 100 video clips, 1000 commercials, 10 short films and six feature films. He received the Award for Best Photography in the Greek Advertising Awards for an Audi A2 commercial, which was also broadcast in the States. He has also worked in the theater as Lighting Designer and his credits include DDD, Natura Morta in un fosso (Amore Theater, Athens), Blaubart (Porta Theater) and Chekhov’s Platonov for the National Theater of Greece, all directed by Yorgos Lanthimos.

Avy Kaufman is a casting director in New York City. She has worked with an array of talented directors such as Ang Lee, Steven Spielberg, Jim Sheridan, Ridley Scott, Robert Redford, Michael Mann, Norman Jewison, Jodie Foster, Philip Seymour Hoffman, Edward Norton and Wong Kar Wai, and on such acclaimed films as The Ice Storm, Capote, Brokeback Mountain, The Sixth Sense, Garden State, Searching for Bobby Fischer, Dancer in the Dark, Syriana and Public Enemies. Her upcoming features include Spielberg’s Lincoln, Ridley Scott’s new Alien film and Ang Lee’s Life of Pi. Avy was honored in 2005 as the Casting Director of the year at the Hollywood Film Festival. She was awarded an Emmy in 2008 for her work on the pilot of FX’s Damages and received another Emmy nomination for the HBO mini-series Empire Falls. She has also been the recipient of several Artios awards from her colleagues and is featured in Helena Lumme’s book Great Women of Film. 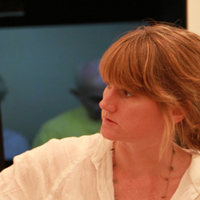 Production designer Amy Williams began her career in New York managing and curating galleries, including Phillis Lucas Print Gallery, Stephan Stux and Leo Koenig. Her film credits include White Irish Drinkers, Holy Rollers, Someday This Pain Will Be Useful To You and Grand Street. She has served as production designer and set decorator for feature and short films, music videos, commercials, TV and print fashion. Williams’ proudest achievement is running the art department for the Festival of Light in Guyana. 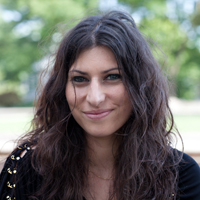 Elisabeth Vastola most recently worked as a costume stylist for select acts in Cirque Du Soleil’s world premiere production of Zarkana at Radio City Music Hall. She has designed Ti West’s upcoming feature The Innkeepers, Stake Land (2010 TIFF Midnight Madness Award) and Gun Hill Road (Grand Jury Nominee, 2011 Sundance Film Festival), among other titles. In addition to working for both the costume and art departments of the Oscar-nominated film 127 Hours, she is also the costume designer for the ongoing Off-Broadway and Toronto productions of Angelina Ballerina the Musical.

Keep the Lights On has received a lot of great end-of-year news, being named on many Top 10 lists, as well as receiving the Dorian Award for Best LGBT Film of the Year, and a GLAAD Media Award nomination for 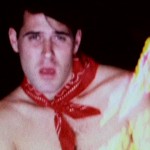 This coming weekend, In Search of Avery Willard will screen with a full program of Willard films, Unveiling Avery Willard, at the International Film Festival Rotterdam, January 26th and 27th.

Hailing from a new wave of optimistic queer filmmakers, Mikael Buch gives us an outrageously hilarious gay comedy with Let My People Go! The tale of a young man who, after being given a bag filled with thousands of euros,