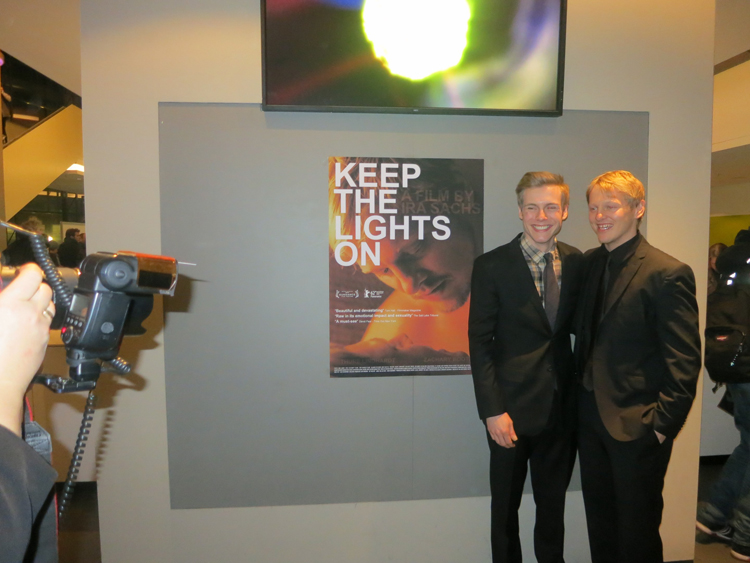 Berlin. It’s interesting to be back in the same city, same hotel, same film festival, 7 years since I was here with Forty Shades of Blue, which was a personal low point, as depicted in the film I’m showing tonight, Keep the Lights On. The darkest hours can produce light it seems. I’ve just taken a shower, picked out my shirt, and will head in 10 minutes down to the lobby to meet my sister, Dana, who has come to the screening from Budapest, where she and her family are living for the semester. We will then meet up with Thure and Zach, a team of producers, and Thimios, in from Greece, for our European premiere. Films always play differently in different contexts, so I am going to sit in on this screening and see how it varies from Sundance.
END_OF_DOCUMENT_TOKEN_TO_BE_REPLACED 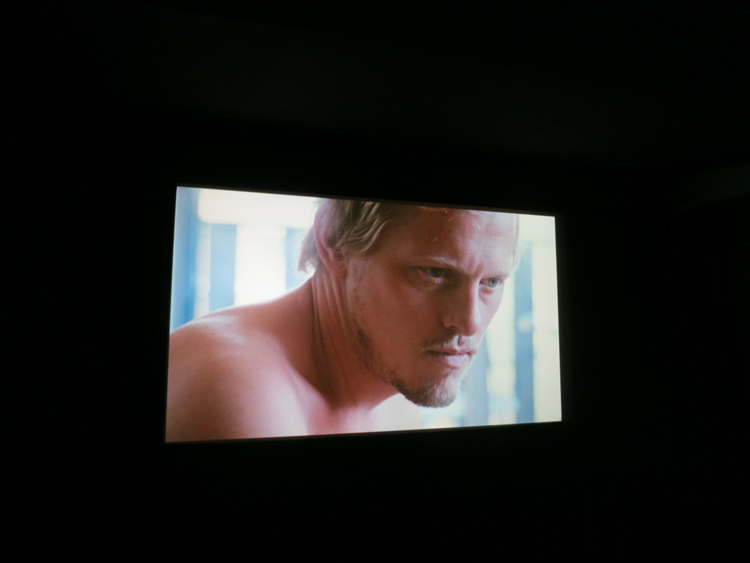 Tomorrow I fly in the morning to Park City for Sundance. It will be my fifth time there with a film, and probably my 20th time there over the decades, since my father has lived in Park City since the mid-70s. He moved out there in a Winnebago, and set up camp behind Utah Coal & Lumber, the one restaurant in town, where they made a very good pineapple burrito. This was when Park City was a sleepy hippy town, and I went to what was then called the US Film Festival for the first time in 1981, when the films screening were Melvin and Howard, Heartland, Return of the Secaucus Seven, as well as a great Henry Fonda retrospective that included My Darling Clementine and The Lady Eve. It was at Sundance that I saw my first Cassavetes movie, that I saw the first screening ever of Sex, Lies and Videotape, and of both Poison and Safe. But also any number of films we don’t talk about any more, but that were amazing. Films like Patti Rocks, and Silverlake Life, and Heat and Sunlight. It wasn’t until I was in my 40s did it suddenly click to me that maybe it wasn’t a coincidence that — given that I went to Sundance every year from when I was 15 to at least 25 — that I thought I might become an independent filmmaker. END_OF_DOCUMENT_TOKEN_TO_BE_REPLACED

Today, we lock picture, which means we make the final decisions about what images will be, and what images won’t be, in the film. After that, we move on to several weeks working on the sound — and working once again with the sound designer, Damian Volpe, who has been my brilliant collaborator now for 16 years — but as of some point this evening, the movie will be fully edited. I’m glad to say I feel very calm about it. There are a few last choices that Fonzie and I need to make, but after many months of listening, and taking in, and responding, to viewer’s notes and thoughts, I feel now that I know the movie very, very well. And I know how to finish it up. END_OF_DOCUMENT_TOKEN_TO_BE_REPLACED 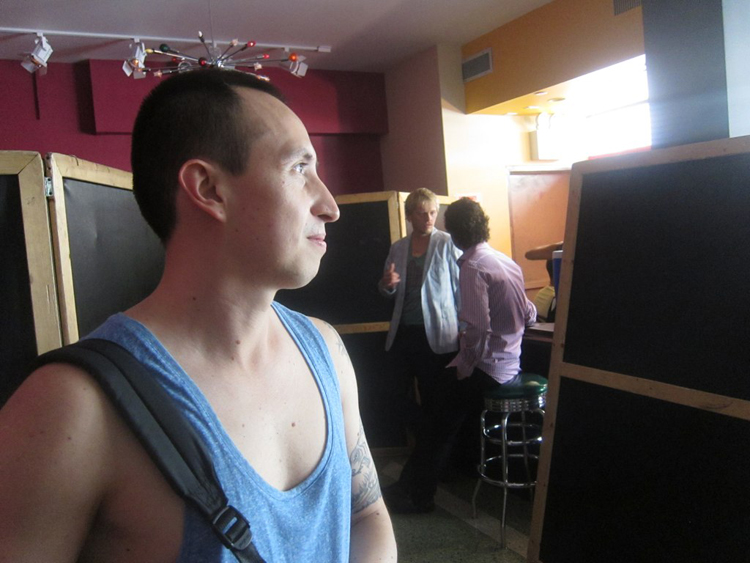 My boyfriend Boris loves the movie. I can sleep at night. That sounds more facetious maybe than I mean it, because I mean it. But sometimes one strong response — he’s a bad liar — is the thing you can hold on to, through the other bumps, other responses.  It also means that in the year ahead, I can keep his opinion, his pride, in my head and know that I have an audience. Someone close to me understood what I was up to, and thinks I succeeded. END_OF_DOCUMENT_TOKEN_TO_BE_REPLACED 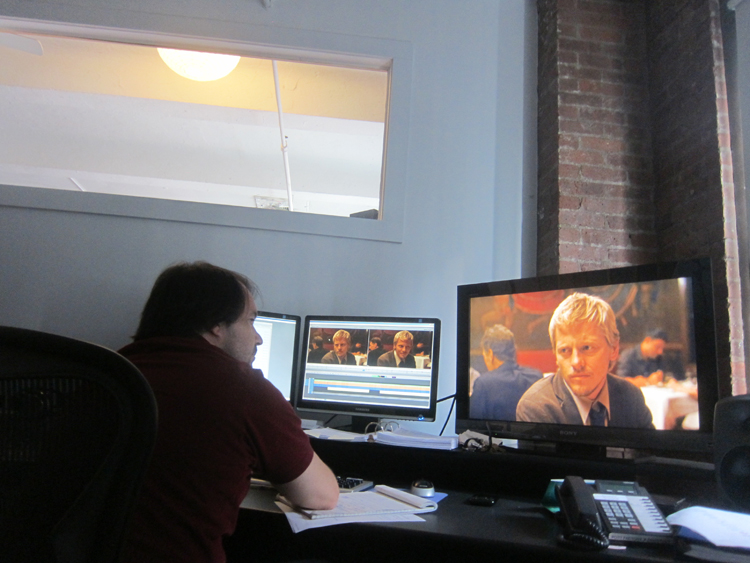 I guess its been a long time, because I forgot the ups and downs of editing, and how vulnerable it can feel. You are on a high, riding through the cutting, the scenes falling into place, and then you are opening the door, and you let people in — damn their opinions, the movie they are making in their head, as opposed to yours — and suddenly crash, bang, boom, and you wake up feeling like its the end of the world. And then the next day, you are back at it, in the middle, everything that was set becomes un-set, all the smooth cuts that you were impressing yourself with, you break apart, and then the roughness is back. The thing becomes alive again. END_OF_DOCUMENT_TOKEN_TO_BE_REPLACED 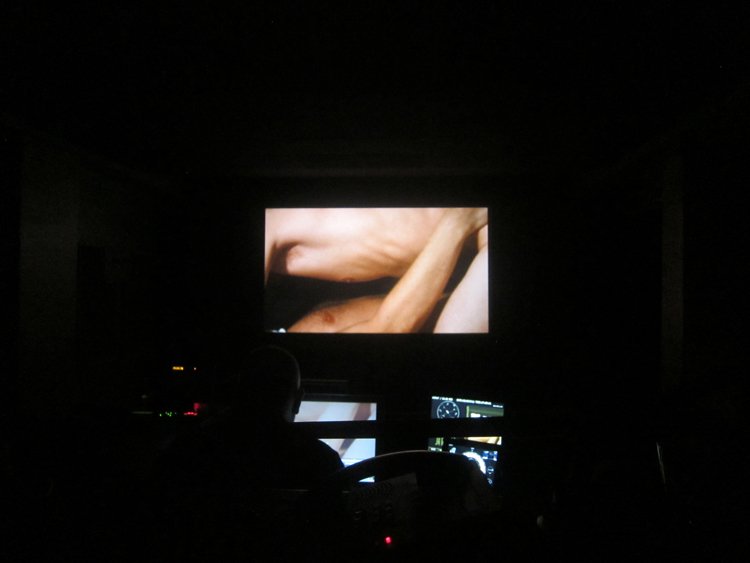 It feels like Christmas. After a two-week pause—somewhat unexpected, but these things happen—I’m back in the editing room this morning for the first time in weeks. What I have noticed in the meantime is how much more stressful real life is than working on a movie. I’ve missed the single-minded focus that it gives you, and also the way in which all the rest of life seems to disappear when you allow the tunnel vision, which is a movie. I begin to think that “workaholism” is not a ridiculous term, if you make the comparison to how work, like all the other “isms,” can sometimes be the best relief to the anxieties of everyday. I’ve indulged in worse vices in my life, but in this decade, this one seems to be front and center. END_OF_DOCUMENT_TOKEN_TO_BE_REPLACED 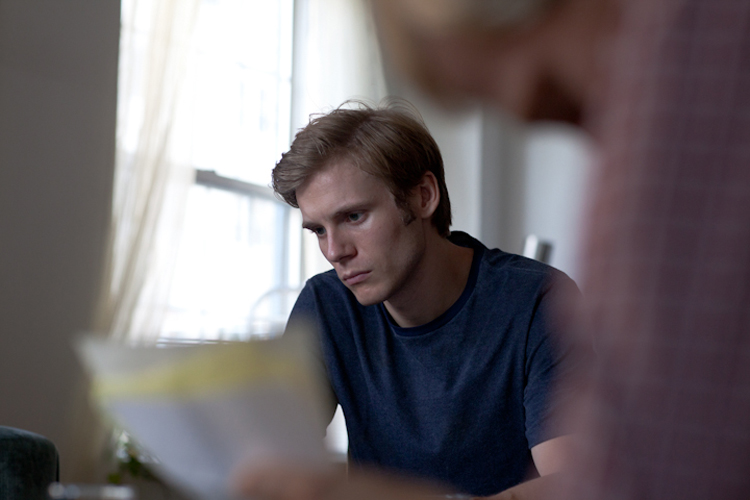 The last day of shooting. We’ve been in my apartment for three days in a row, and people keep asking me if it’s strange to shoot here, or annoying. Neither. It doesn’t really affect me much, though I’ve been happy with how the scenes can be choreographed in the space. Thimios and I watched the central, geniusly designed—and still very emotional—apartment scene in Contempt, though not closely, but it gave us some ideas. Placing the camera in central spots and following, letting the actors lead us through the spaces. Sometimes it makes for long shots, that might or might not work, but there are interesting moments. How do you reveal time passing in an apartment? This was always something production designer Amy Williams and I talked about—we are only telling time passing through clothes and production design and emotions—and now we are shooting a scene after a break-up. How many boxes, how many pictures come down? I found that the set dressing needed to go past the reality, maybe, in order to say something. END_OF_DOCUMENT_TOKEN_TO_BE_REPLACED 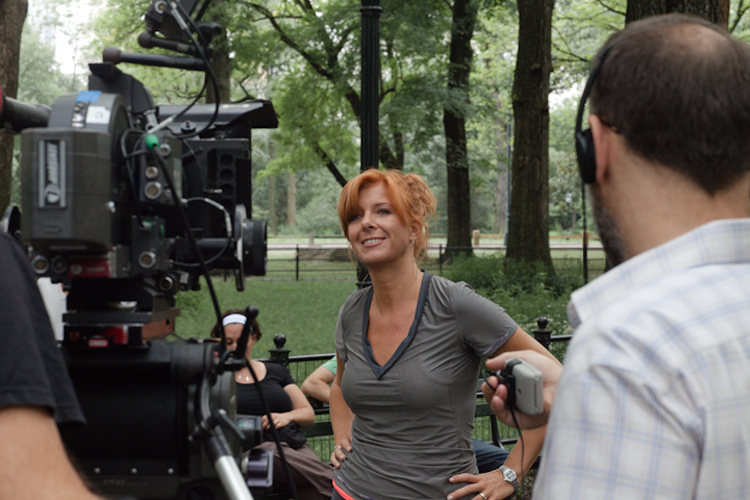 Sunny and green when I wake up, after finishing, early, at 2:30am last night. I never like finishing early because it means we could have shot something else, or something for a little longer. It feels like a waste of hours and having these five weeks of opportunity only to shoot the images of the film. But it’s fine to finish early once in awhile and everyday does not have to be a rush to the finish line. Last night was Christmas, in August. Shooting a holiday dinner at the country house. For the first time, all the supporting players are together in one scene and together with each other for the first time as well. They work very well together and it was easy to find the sense of a group. I felt like the movie was well cast, that these were a group of individuals who also make sense as a group of friends. END_OF_DOCUMENT_TOKEN_TO_BE_REPLACED 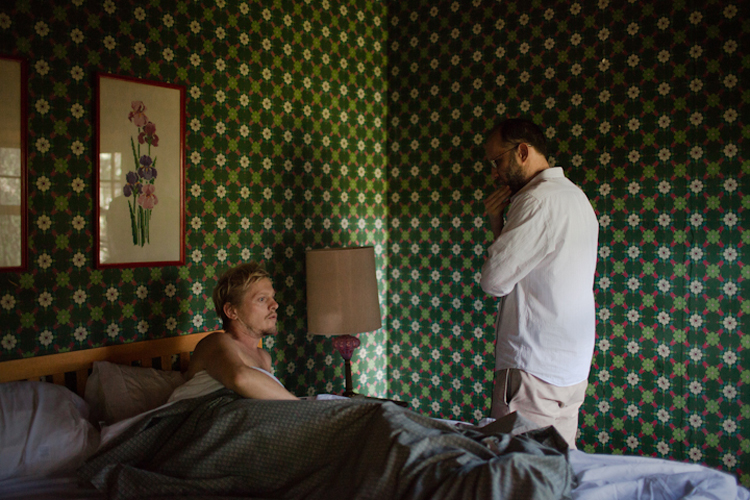 Good day yesterday, and now it’s six a.m. in upstate New York. We are all staying at the Catskills Seasons Inn, a bit like Camp Keep the Lights On, as the boundaries become different, and the times. Instead of everyone going home after the 12-hour shoot, we all go out for pizza and calzones in Phoenicia. The first night, after a day at the Phoenicia Diner and then the Peekamoose Blue swimming hole, I felt so exhausted, it was very difficult to then continue, socially. There is something about leaving a set and being alone that can be a relief. But last night, more relaxed, less tired. I still feel like the camp counselor. Now that Veronica Lupu has gone, I realized that I’ve become the oldest person on set. I call myself granddad with a mixture of pride and aversion. END_OF_DOCUMENT_TOKEN_TO_BE_REPLACED