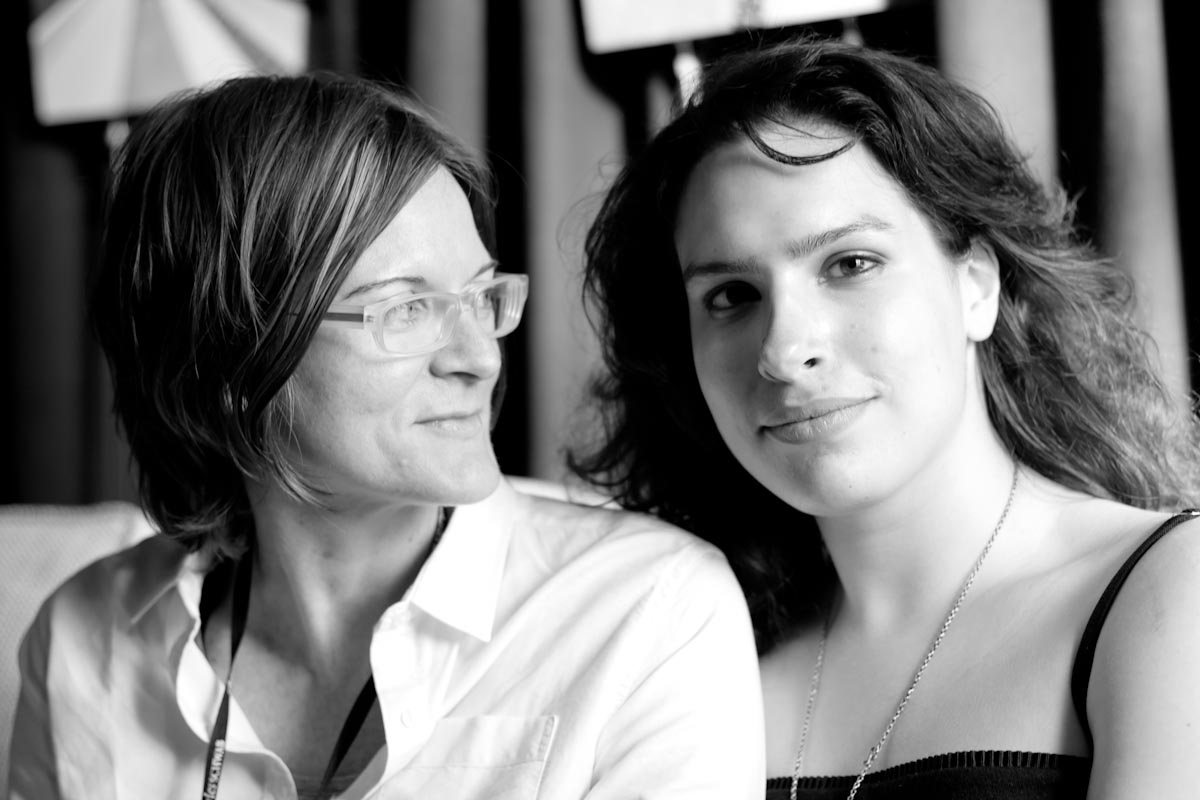 Desiree and her partner (photo courtesy of Sarah Deragon)

It was a year ago this week that I told my parents I was in love with a woman. Dan Savage always advises callers in the process of coming out to give their parents a year for them to get over the initial shock. I think I mistook this to mean that by the time 12 months had passed they would have magically come to terms with my sexuality. This hasn’t been the case.

My parents emigrated to America from Iran in the early 80s. As result, they’re hard to pin down: quite progressive and open when it comes to certain issues, but also traditional and stuck in time when it comes to others. Growing up, I related more to the upbringing of my friends’ parents than my friends. In the year since I’ve come out to my parents, there have been screaming matches, silent treatment, one very public four-hour tear-fest at MoMA, and very little progress has been made. My father refuses to meet my girlfriend. “You don’t understand what it’s like” my mother says. “We were raised differently.” This argument is hard for me to swallow because didn’t they raise me? Weren’t they there for that entire period of time that my beliefs morals were formed? How can we differ so drastically when it comes to this one issue?

I am not a full-on homo. For three years I was in a committed relationship to a man I loved and planned to marry. I always knew I was attracted to women, and though I dated a few girls casually, I was never in love with one until my current partner. I guess you could call me bisexual, but something about that label comes off as tacky. Perhaps if more people came out as bisexual, it wouldn’t make me sound so much like a college girl with low self-esteem scheming for free Mardi Gras beads.

The most difficult part of coming out as bisexual has been the shift in identity. There are several labels that I have become accustomed to over the years: ugly (I was voted the ugliest girl at my high school), large (“Heavy D” was my nickname for a while), Iranian, loud, tall, etc. Those are labels that I had 26 years to adjust to, but there’s been no time to settle into dyke.

Oh shit, I forgot! I can’t claim that term for myself. I keep telling my girlfriend that for all intensive purposes I am gay because here I am walking down the street with a lady on my arm. We both know it’s not true because at any moment I could decide to opt out of being gay. And that’s what scares me too. I’m scared that this gut-wrenching experience will all have been for nothing if I ever date a man again. And that terrifies me because I can’t stand to be stripped of this identity that feels like all I have at the moment. In the process of coming out, I’ve lost my family and my Iranian community, the strongest supporters I had. It’s gotten to the point where whenever I see an older gay person, I’m tempted to jump into his/her arms and hold on for dear life: “Adopt me! Let me be yours and I’ll do anything you say! I promise I won’t fuck it up as long as you forgive me of this one thing.”

During college, I went on vacation with my parents and a group of their friends. We were at lunch, seated around a large table at a dockside restaurant when one of their friends, the spunky, not as good looking but she makes up for it by being the fun one announced, “I would rather my children have cancer than be gay.” She laughed, “They say, ‘Mom you’re so homophobic,’ but I can’t help it, it’s just how I feel.” Another woman at the table went into an anecdote about the over-the-top gay colorist at her salon and how he divulges too much about his sex life while touching up her roots. Meanwhile, my mom grabbed my leg tight under the table. By that point I had folded my head down and was watching my jeans soak up the tears that fell onto my thighs. I couldn’t tell if she was grabbing me to say she loved me or “Don’t you dare open your mouth.” I know it’s a little bit of both and that’s what makes me doubt that this coming out process will ever ease up.

Desiree Akhavan is an filmmaker living in Brooklyn. She has directed several short films including Nose Job, a comedy about a young Iranian girl forced into rhinoplasty.  She is currently working on her thesis for NYU’s Graduate Film School, a television show based on her web series The Slope, which has previously appeared on keepthelightsonfilm.com here.