END_OF_DOCUMENT_TOKEN_TO_BE_REPLACED

Over the past few years Dan Fishback has made a name for himself as one of the most talented young writers and performance artists in New York. When reviewing Fishback’s 2009 play You Will Experience Silence, the Village Voice wrote that he displayed a “[Tony] Kushnerian sense for the complexities of historical memory,” even though Fishback’s piece was “sassier and more fun” than Angels in America. But at the same time that Fishback was experiencing success, an illness was in the process of changing his life drastically. Now Fishback is hard at work on a new show, titled thirtynothing, which will premiere at the end of September and run through October 22nd at Dixon Place. thirtynothing tells the story of Fishback’s quest to learn about unknown queer artists who who were lost to the AIDS epidemic – and how doing so changed his life for the better. Fishback has launched a fundraising campaign on Indie Gogo – which ends tomorrow, and is throwing a benefit tonight at Dixon Place featuring performances by future downtown legends like Molly Pope, Kim Smith, Max Steele, Max Vernon and The Lisps. I called Fishback at home on Sunday night to talk about his show, his health, and what it feels like to turn share a birth year with the most devastating plague in history.

Adam Baran: Why did you decide to call your show thirtynothing?
Dan Fishback: I turn 30 as soon as this production is over. I’ve been looking forward to it for the past five years. When I was 25, I was in this arts fellowship and was the only person in their twenties. Most of the others were in their mid-thirties. So when I would complain about boys or whatever my problem was they would all just yell at me, “Dan, these problems aren’t real problems and as soon as you hit 30, you will see that everything that’s bothering you right now is really stupid and changeable and everything’s just fine. You’ll gain this cosmic wisdom and everything will just be easier.” I believed them so intensely that for the last five years, I’ve just been, like, killing time.

As someone in his 30s, now for about six months, I don’t know if I’ve gotten this newfound wisdom. Problems are problems are problems. Of course, they’re not going to go away when you turn 30. But I’m with you. Just waiting.
Yeah, waiting for the cosmic wisdom of age to descend upon you.

What about your Saturn’s return? That was another thing I didn’t experience.
Really? My Saturn return was fucking intense. It’s still going on. END_OF_DOCUMENT_TOKEN_TO_BE_REPLACED

Last year saw the rediscovery of a major figure whose remarkable story illustrated the secret history of gay life throughout the 20th Century. In Secret Historian: The Life and Times of Samuel Steward, Professor, Tattoo Artist, and Sexual Renegade, author Justin Spring tells the thrilling tale of Sam Steward, a man who documented every one of his many sexual exploits in obsessive detail, providing a wealth of understanding to future generations looking to understand the pre-Stonewall era. Now the artifacts of Steward’s life have been collected and displayed in a brilliant, inspiring show at the Museum of Sex in New York City. Keep the Lights On‘s documentarian Onur Karoaglu asked Justin Spring to show him around the exhibition one morning a few weeks ago. Secret Historian, along with An Obscene Diary: The Visual World of Sam Steward is in bookstores now. 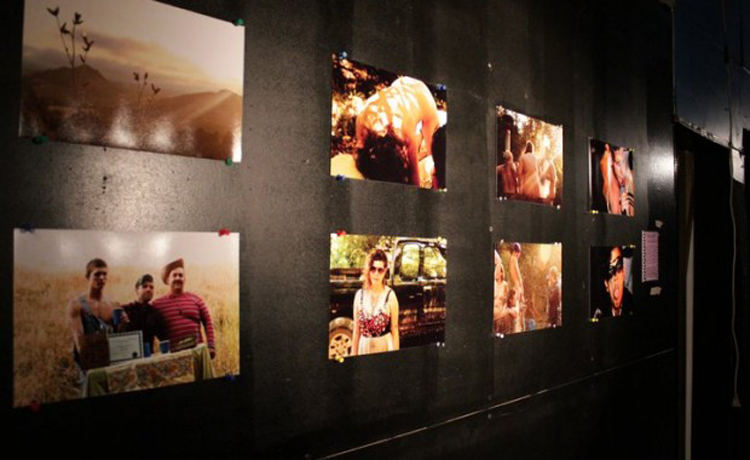 Most of us are familiar with philosopher George Santayana’s famous quote that “Those who cannot remember the past are condemned to fulfill it.” But what do we do as gay people when so much of our history is written out of the record books, whether by others or in the case of many of our greatest artists and public figures, by themselves? This Saturday night, at the Leslie/Lohman Gay Art Foundation in New York, the Pop-Up Museum of Queer History will attempt to remedy the situation. More than forty artists are contributing to over twenty different exhibits, focused on subjects like the same-sex marriage debate in Argentina, the “Lady King” Christina of Sweden (who inspired the Greta Garbo classic Queen Christina), lesbian lives from the 1950′s, and late 1800′s responses to trans identity. Participating artists include Rodney Evans, Vaginal Davis, Kate Huh, Jonathan Ned Katz, Sasha Wortzel, Al Belkin, Boris Torres (who’s work is featured in Keep The Lights On), and many more. The opening begins at 6:30PM, and there’ll be a very special “Judy” after party at The Hose immediately afterwards. Don’t miss it – after all, don’t you want to be able to tell people “I was there,” in ten years when a permanent Queer History Museum is finally built? The show runs through August 25th.