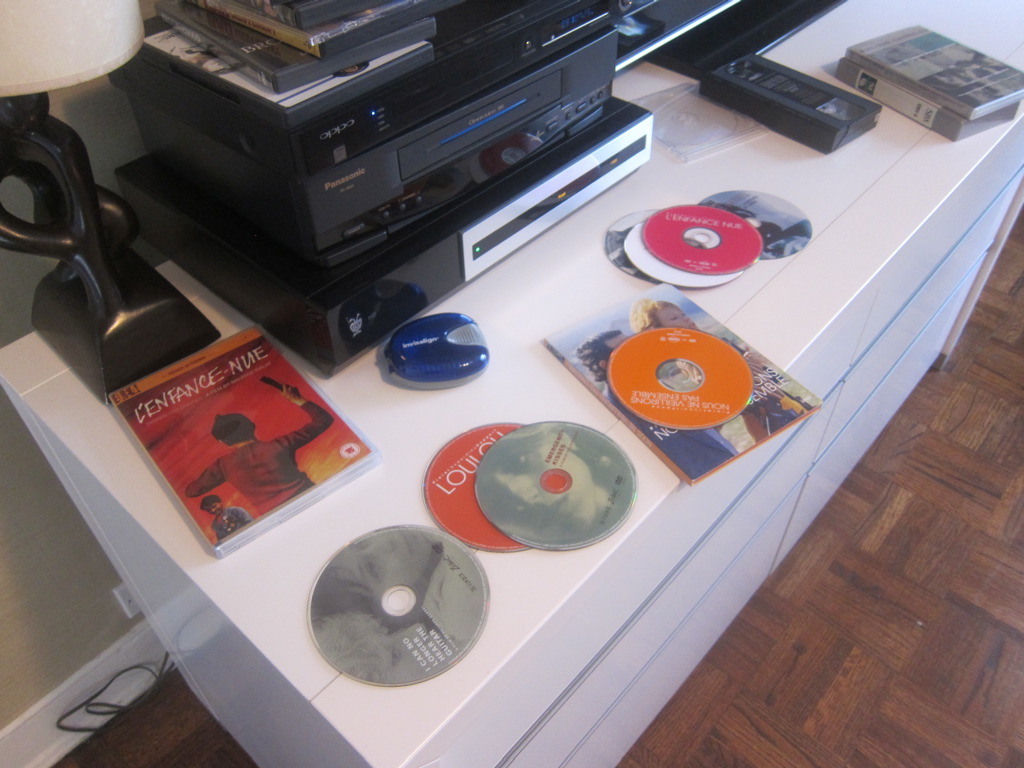 Spent the morning with Thimios, his first day in the city. It was easier than I expected, from the start. Conversation becomes much easier when there is suddenly a topic between you; it creates the intimacy with its need. We started with L’enfance Nue, which seemed to underwelm him, and then moved on to Loulou and A Nos Amours. A Pialat fest. I realized that each of those films is in many ways a portrait film, focused on one protagonist, as he or she moves through worlds. They suddenly reminded me of The Delta, my first film, that uses shifts in worlds as a way to create tension and narrative. The collage of anthropology. We then watched Godard’s Passion, which I first saw back when it came out, in Paris—I think with my friends from college Esther and Mark—and have never seen in full again, but have watched in pieces for years. Shot by Raoul Coutard, it is a series of emotionally beautiful, precise images: Isabelle Huppert on a bed bathed in purple. Hanna Schygulla laughing at an image of herself on a TV screen. Thimios and I talked about our film as a collage, a hand-made, art project. As Sandra Kogut said to me yesterday, “a film grounded in imperfectionism.”