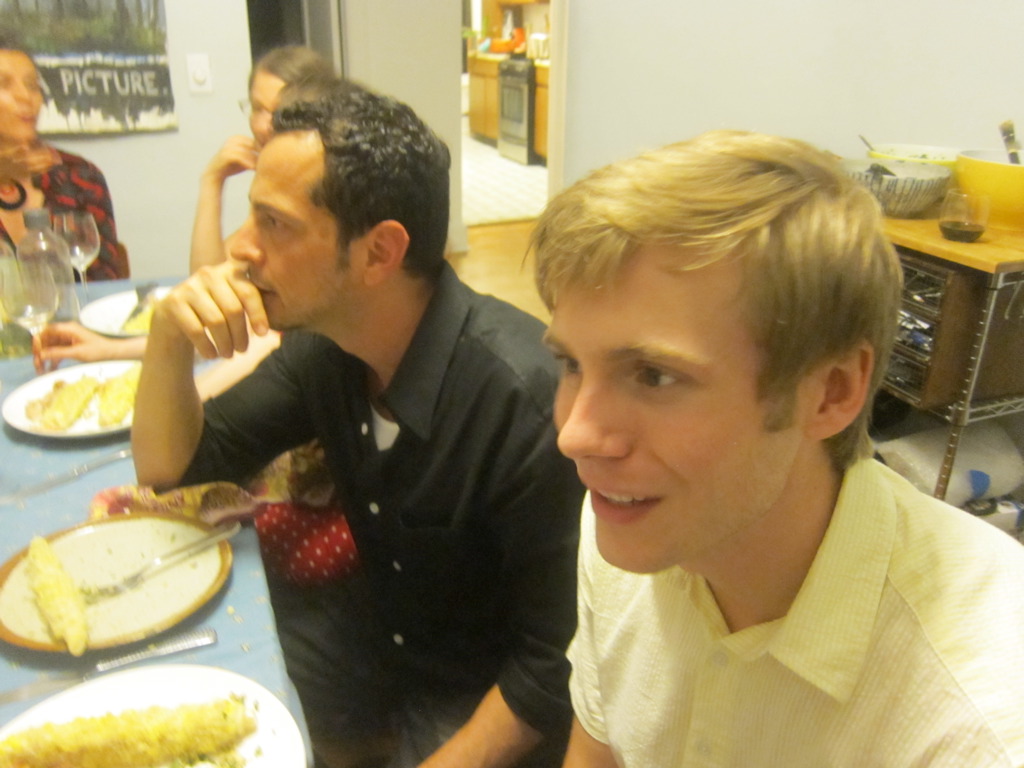 A good day. I spent four hours with Mauricio (Zacharias) working on a new Danish draft, which we will publish for the crew early this week. Mostly, our intentions were to revise for Thure Lindhardt, who as of last Sunday (seems) to be officially on. But in the course of writing, other good changes emerged, including cutting a scene in the subway (we didn’t have the money to shoot it, and it feels like it might have been unnecessary anyway). I told Mauricio this weekend that I didn’t really want him much on the set. I remember this from working with Oren (Moverman) also. The co-writer is your closest collaborator on a film. Most people don’t know him well—he’s forgotten in the shadows—but if the collaboration went well, he (or she) is as invested and inside the film/script as you are. This is the case with Mauricio, certainly, but the effect of that is that to have him on set halves my confidence. It makes me feel like I might be wrong. It’s a lesson in co-dependence. Without him around (on set) I know that I won’t doubt myself. With him around, I will feel that I might do wrong.

I have stacks of films that I have been looking through in the last few weeks. Usually I spend months reviewing movies, to figure out a visual strategy (attack), but with this film, that’s condensed to weeks. The list is still long: Taxi Driver, Last Tango in Paris, L’Homme Blessee, A Bigger Splash, Mes Petites Amoureuses, The Outsiders, Before I Forget, Silkwood….but today I feel like I found the golden ticket, the film that will be the “key” to the shooting of this film, Maurice Pialat’s L’Enfance Nue. For Forty Shades it was Ken Loach’s Kes, for Married Life it was Preminger and Hitchcock. I will need to review in the next few days, but there’s something about how Pialat’s first film is shot—it’s casual and yet rigorous, non-academic yet specific, handheld when it needs to be, on sticks for other scenes—that feels like the way this film should be shot. I feel a huge sense of relief, narrowing down on the approach.