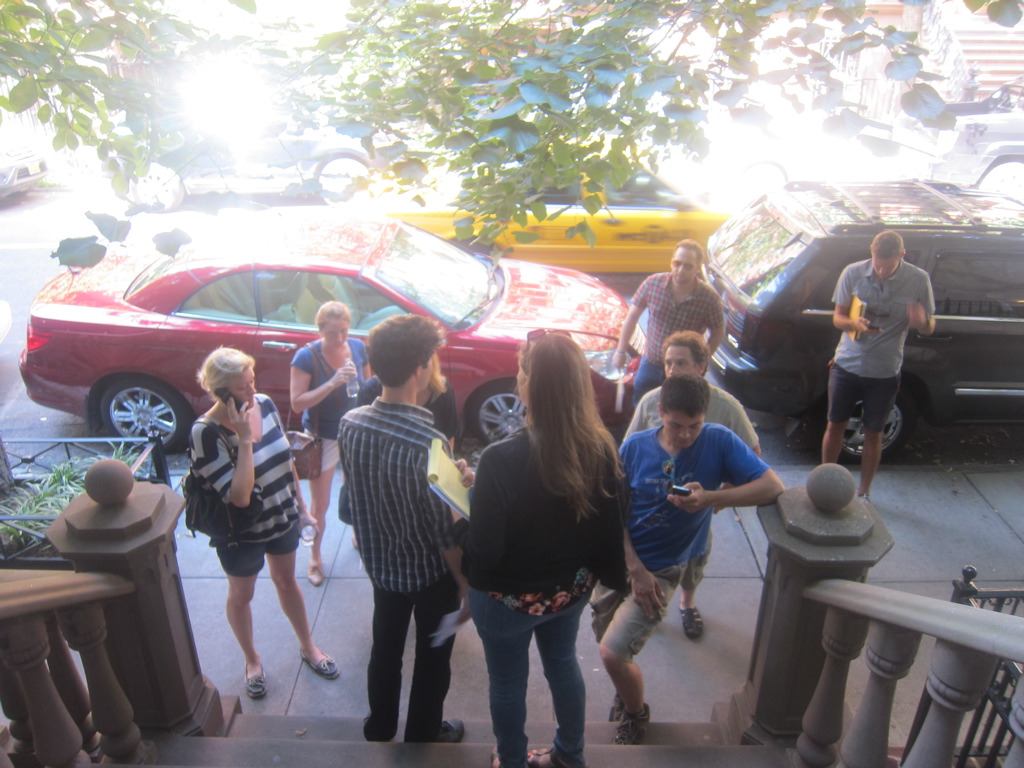 Very tired again. OK location scout this morning, but a couple of the spaces weren’t as good as I thought they were going to be from the pictures. Sometimes, when things go a little off the expected, I feel a spike of anxiety that mostly makes me want to sleep. Weird to be back in the 60 Thompson Hotel where a few years back a significantly dramatic scene of the film took place. I could almost recall the pain, but not really. Mostly the meta-narrative seemed kind of funny/cool. It’s far enough away I guess it’s not part of me anymore (though now that I write, I can bring some of it back).