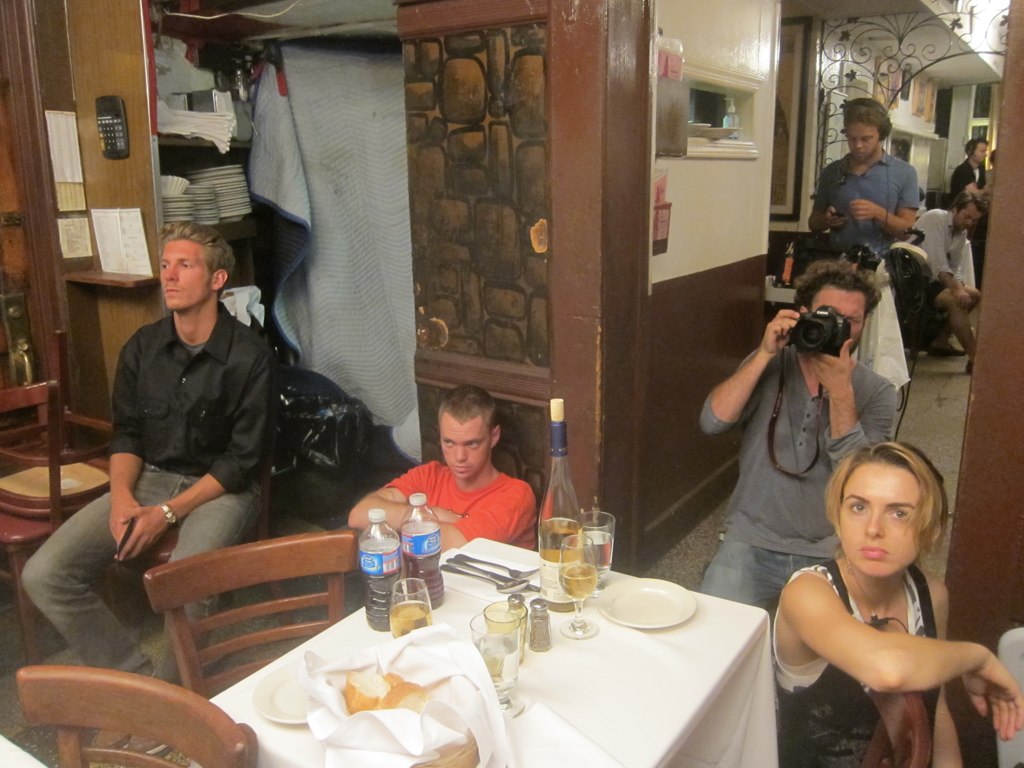 On set at El Faro

Tense day and short turnaround. We stopped shooting at around 11:00 and the crew was probably there for another hour. Now we start again at 9:30 and there’s a good chance for bad vibe. Arrived in the morning at 8:30 at El Faro and the guy who was supposed to open the restaurant at 6:30 hadn’t arrived. Lots of talk of possible other locations—I call Jim Bidgood and he is as funny and charming as ever and open to us coming over if necessary that morning for the re-shoot—but we end up getting in and by 11 or so.we are starting to shoot. It’s a group scene, lots of new actors, lots of extras. I’m not sure I’m on my game—some days you feel like you are shooting but you aren’t necessarily in complete control—but, luckily, the actors are very good and natural, so it works, hopefully.

One of the extras tells me during the break that she had been in El Faro 17 years before with her father. He loved flamenco and he had had a stroke so she had taken him to there for a performance. Now she was back, 17 years later.

Another extra told me early on that she knew me and mentioned the name of my Ex. I had no recollection, but hours later we’re talking and it turns out she knew me via my ex’s father. They had the same name. She was a friend of the dad’s, though had no idea of the connection in the stories. Seemed like he had never told her that the reason he knew me was that I had gone out with his son for 10 years.

The day was full of accidents. I think it went OK. Off to set.