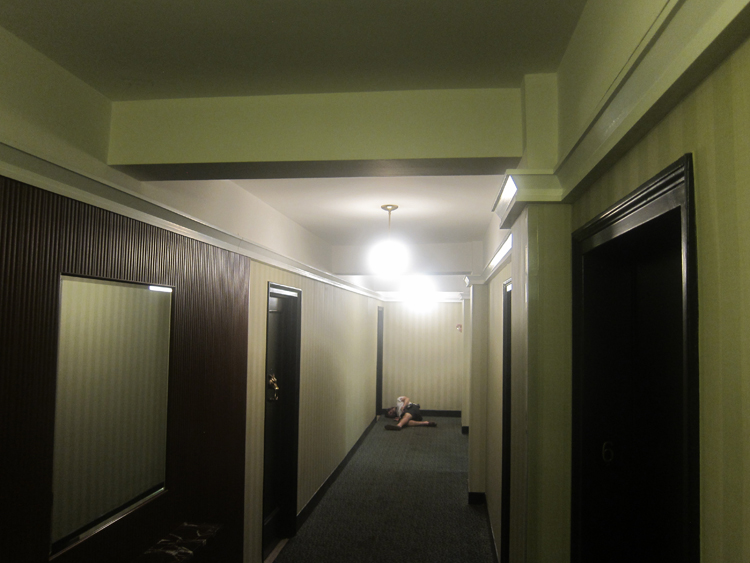 Today, we lock picture, which means we make the final decisions about what images will be, and what images won’t be, in the film. After that, we move on to several weeks working on the sound — and working once again with the sound designer, Damian Volpe, who has been my brilliant collaborator now for 16 years — but as of some point this evening, the movie will be fully edited. I’m glad to say I feel very calm about it. There are a few last choices that Fonzie and I need to make, but after many months of listening, and taking in, and responding, to viewer’s notes and thoughts, I feel now that I know the movie very, very well. And I know how to finish it up.

These weeks of screenings have been great though. Not always easy, certainly, but they did change, and deepen, the movie in a way that couldn’t happen without them. There are different types of filmmakers, some who only want a few of their closest comrades to watch cuts, others, like myself, who want a wide range of viewers and responses. For me, I find that every viewer — even those who don’t like the film as much as I might like — can tell me something useful. In the last days alone, two scenes have gone out (thank you, Lars!). Two that were there from the very first and it didn’t even occur to me until some small comment, one random suggestion, gave us a new idea. I am always negotiating with myself whether a scene that doesn’t work adds more or takes away. In this case, it was clear they were taking away.

Luckily, I’ve had a great group of friends to make this movie with, and after every screening, we’ve taken a booth at the Knickerbocker — Marie Therese, Lucas, Fonzie and I — and we’ve read through the anonymous questionnaires we had people fill out post screening, and we’ve drank some, and eaten key lime pie, and we’ve had some arguments — Marie Therese and Lucas challenge me, as only truly creative, insightful collaborators can — and then we’ve started laughing about something, or someone, and we’ve felt lucky. We start toasting, not the film, but the fact that we get to do these things together. The let’s-put-on-a-show, and we’re-part-of-the-circus, and we’re-a-ragtag-family-feel takes over.

In January of this year, Mauricio and I finished the script for Keep the Lights On, and by January of 2012, we’ll have a finished film. If I’ve learned one thing from this experience, its to Pick A Date, and do it.  Don’t wait for the next call from the actors agent, or the next meeting with the company you’ve never heard of, or the next draft of the script where you’re really going to get it “right.” Just make your movie. Pick a date for the start of production and make your movie. With whatever money and whatever means are available to you. And make it good! Lack of money, or excess of money, can never be an excuse. You are the director, that means you need to figure out what you have and what you don’t have. There’s no such thing as compromise in art making, there’s only making a bad decision. And as the director, you’re responsible for all of them.