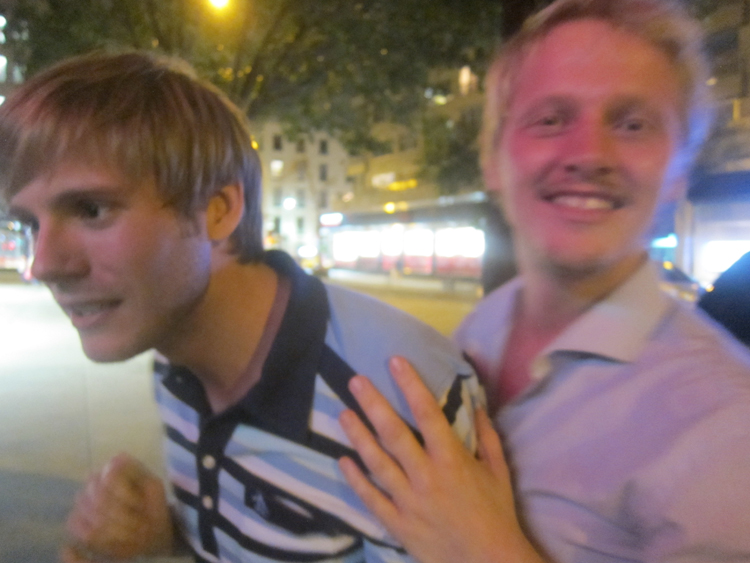 It’s two weeks since we wrapped post and I can’t say I’ve caught up yet. It’s harder than I remember to re-enter everyday life. But no complaint. I’m now in the editing room every afternoon with Fonzie (Affonso Goncalves), my dear friend and brilliant editor. We are working on our fourth feature together, and it’s like going home and, even more so, to be back at Post Factory. The last few years I felt almost too comfortable with the idea that I was a filmmaker, but maybe I didn’t make films. For some reason, the elevator doors opening on the 11th floor of the Post Factory building and walking out and to my cutting room, it feels like a different life than the one I’ve been living, which has been as much about teaching and running a film series and being in the world in some sort of Emeritus way. I’m reminding myself that I’m too young to be that old yet.

It’s interesting how quickly the circus leaves town and the family that makes a film becomes a memory. Last night, if all went well, Thure finally got on his hurricane-delayed flight to Copenhagen, ending his two-month stay in New York City, which seems to me as clear a symbol as any that production is over, that we are moving on. Writing about this feels a little strange, mostly because it implies a sort of nostalgia that I don’t feel and that in my experience, most people who work on film don’t either. There is a complete giving over to the process of 12-hour days and short nights and only seeing the same group of people every day, and then, within hours and days, one finds life returns. The whole of production becomes a breath in your memory.

And yet, we did have a tumultuous, joyous, youthful—I was dancing and everyone kept turning to me and saying “Ira!” as if it was “cute” and unbelievable that I would let my hair down with the rest of them—wrap party, that word has it (and we’ve all talked) ended up with quite a few new couplings, for the night or for longer. Repression and order goes down, and desire runs in. Reminds me of the course I took in college on Rabelais and the Carnivalesque (thank you, Suzanne Wofford!). That even in a film about sex and love and sex, there is a need and trust in boundaries, uncrossed. And then there is a party and some alcohol, and the boundaries go down quickly.

The film is for me a series of question marks now that need to be narrowed down. I wonder about its form and about how it will end. Fonzie and I, in all our films, have always discussed the difference between making the audience feel and making the audience cry. We pretend we want them just to feel, but on some level, we more want them to cry. On the other hand, who cries at Pialat? Who cries at Ozu? (Well, I did, once.) But this film is a love story, after all. I’m thinking more about The Way We Were.