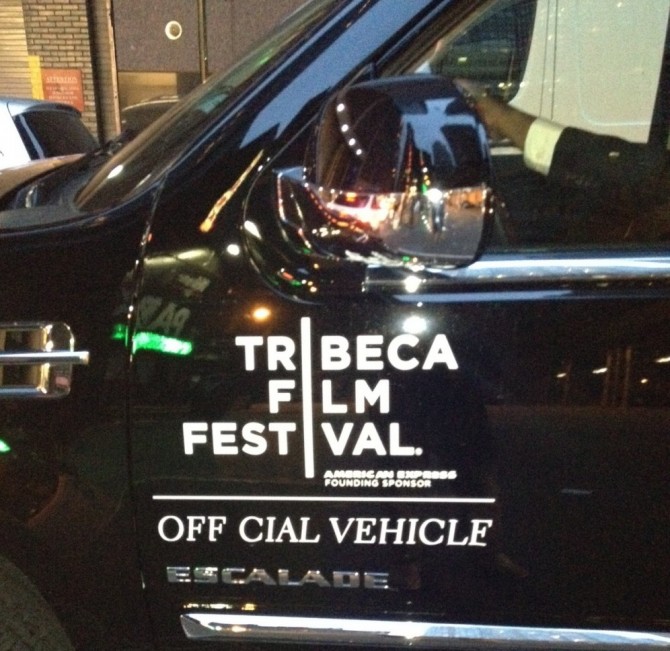 “Capitalism is not natural, it’s just brainwashed into us,” Antonino D’Ambrosio director and producer of Let Fury Have The Hour, a documentary of art as a political statement, as a “creative response,” tells me in the foyer of Tribeca’s Cadillac Lounge. “Dialogue is the beginning of change,” Antonino says as he turns to his publicist, who brings him a vegetarian sandwich.

In his first feature documentary, Antonino goes back thirty years to the cultural resistance of the 80’s, “when America changed forever.” He features dozens of mavericks of thought, science, and humor: artists, environmentalists, entrepreneurs, and futurists, including semi-legends like Wayne Kramer and John Sayles, and a string of brilliant left-wing counter-culture charming-motherfuckers. During quick interviews, they leave very little unchallenged: From our collective apathy, to our acceptance of hierarchy in politics, to capitalism and religion, all the way to the top – “How can there be God? God struck Haiti when there is Las Vegas?”

“Antonino, talk is cheap,” I open. “Had I lived in Bushwick, the way your publicist’s been changing our appointment every twenty minutes or so, we’d never have this chat. I need to afford to live in Manhattan to talk to you right now.”

“That’s our discussion then,” Antonino smiles.

“Fine by me. Tribeca branched out to Qatar, not to Redhook,” I point.

Antonino rolls his eyes but refrains to: “I’m Italian, you’re Greek. Our DNA’s are not that different. We can use art as a trigger to think about challenges like this one creatively,” he talks fast, biting into his sandwich. “Art opens doors through metaphors. Creates a new emotional reality.”

“In your documentary one of your guests says that the notion that there are no alternatives is what keeps shitty governments in place.”

“Worked in my country, for 30 years now,” I smile. “In one of the closing testimonies in your movie,” I go no, “it’s argued that just asking the right questions is pretty much all that matters.”

“Music, art, can politicize us. They can make us challenge the givens and bring up alternatives. I believe in that.”

“Well, I do and I don’t,” I say. “I’m fascinated by scenaristic thinking, I have to, I studied decision sciences for Christ’s sake,” – a laugh spurts out of me – “but at the end of the day we adopt one alternative, there is one reality. My father will either be able to get his prescription pills or not.”

“Intelligence separates us from animals. My documentary is about finding intelligent outlets for our anger.” Antonino answers come off automatic, rehearsed.

“Intelligence, for me, signals the end of life,” I counter. “Look at low intelligence species, at one-cell organisms surviving for hundreds of millions of years. Then look at the damage that the smartest people have contributed to in the last century alone: environment, war, religion, white collar, and even nuclear damages – everything you list in your feature. Clearly intelligence seems pretty risky for life.”

“I don’t know about that. You are talking about mistakes of the establishment,” Antonino leans forward. “Change comes from the outsider. From grassroots movements.”

“I have hope, which is different from optimism. I can work towards a creative response and that’s work worth doing.”

Is this propaganda? I’m getting impatient, Greek. I want specificity. I want solutions. “Did you see Headshot? Pen-ek Ratanaruang’s movie in Tribeca?” I ask. Antonino did not. “In Headshot, Dr. Demon believes that survival of the fittest worked well for millions of years, it’s in our genes. Nature has no justice. If you want justice you have to take invasive, radical action,” I pause and raise my eyebrows. “So, I want some answers. If you don’t take the gun, the way Dr. Demon did, do you believe in gene therapy?”

“That fascinates me. I want to learn more about gene therapy, but right now we don’t need to be that invasive. Political art can impact consciousness; can change votes. Redirects anger. Maybe you start by not getting drunk, not terrorizing the immigrants.”

I offer Antonino the same four choices about Greeks I’ve offered to more people at Tribeca – all of them demonstrated in different 2012 movies. “Flee, fight back, give in (which in this case is going after immigrants) or give up?”

“This is a hard question because there is despair in Greece,” Antonino says. “And yet my documentary introduces a fifth one: creative response via dialogue through art. Maybe you tell a story and start a new movement.”

“Ioannis, we found Greek graffiti in Nazi camps. You start guerilla and move on. In the 70’s the rock scene was pure establishment. Then indie labels showed up from kids because they wanted to express their anger, which led to punk, and hip hop and so on all the way to… occupy Wall Street. It will take time.”

“Thirty years of fury?” Dr. Demon-in-me smiles. Then I think of the Holly-valley kids who tell stories in completely different ways. Random Adventures of Brandon Generator’s new media allows the audience to influence the story outcome. Maybe Antonino is onto something. Now we’re talking grassroots 2012. How about we write a story about Greece, and let the Greeks finish it? “Are you on Facebook?” I ask Antonino.