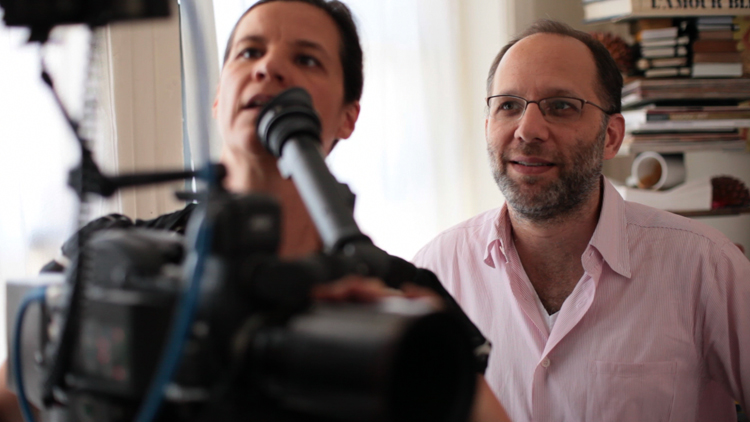 I want to welcome you to keepthelightsonfilm.com and invite you to look around, relax and see what this site has to offer. Keep The Lights On is the name of a new film which I begin shooting this month. It’s the story of two men—a filmmaker, like myself, and his boyfriend—who embark upon a loving, messed-up, passionate and ultimately very human relationship in New York City from 1997 to 2007. It is a very personal film that tells a story I believe many others will find familiar.

When we first talked about creating a website for Keep the Lights On, I knew I wanted something that was more than just a vehicle for the film’s promotion. Keepthelightsonfilm.com draws upon the themes of the film as well as the community of artists I’ve come to know over the past 20 years who continue to inspire me to create new work. Here you’ll find interviews with artists from across the creative spectrum who make autobiographical art, as well as stories of gay New York, past and present. A special section on the site is devoted to the virtually unknown photographer and filmmaker Avery Willard whose homemade queer films have gone unseen since the 1970s. We also have a section for you to tell your stories, secrets, and celebrate your own lives. Finally, we’ll have regular updates on the making of Keep the Lights On, including interviews with the cast and crew and a production diary by yours truly.

When I was young, I was an open book. Then came sex and gay sex, particularly, and things got a lot more quiet. I “came out” at 16 (Memphis, TN, 1981), but that didn’t change things as much as I might have hoped. The secrets piled up. New closets were created. Life went on. Keep the Lights On is an attempt to swing open the door, to recognize that shame lingers and creates darkness. It also creates distance: between lovers, between families, inside ourselves.

When I was in my 20s, I bought a painting from my friend Max Schumann. On a rectangular piece of cardboard, he had painted the words “TELL YOUR STORY” in white on a black background. I placed the painting on my wall above my desk. When, 20 years later, I ended a long relationship that had more secrets than one could count, I found Max’s painting in the back of a closet under stacks of old magazines. I don’t even know when I took it down. It’s back up now, welcoming people at the front door. This site is a call to arms. Tell your story. Keep the lights on. 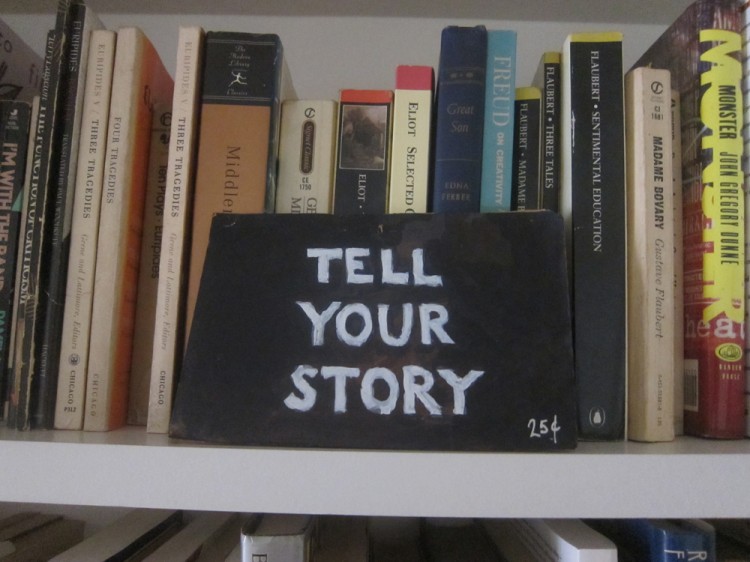