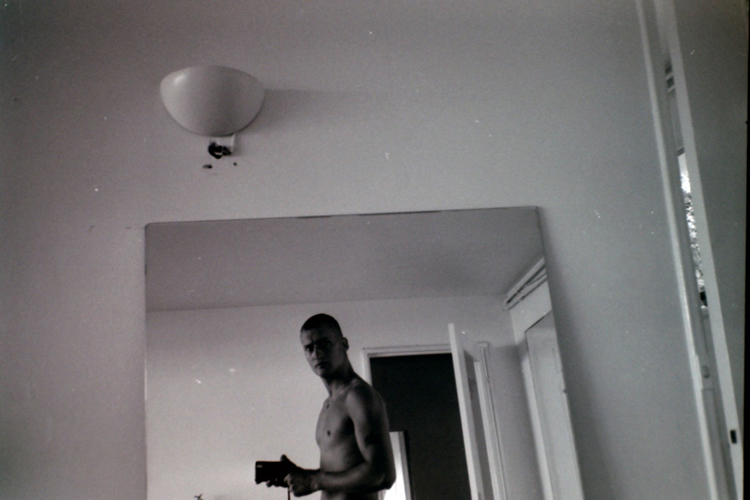 I have always been amazed at the way old clichés about famous towns linger, like the Paris that you see in the latest Woody Allen film, Midnight in Paris, a 1920-ish city of light that never looked that shiny and stupid. Paris is still used for that nostalgia effect, distorted by the bougie state of mind of Woody Allen, a man who can’t seem to direct a flick that doesn’t belong to the blasé rich of the Upper East Side.

My vision of New York is of July 1987 when I fell in love with the man of my life during a heat wave. It was around the same time that house music was having it’s most sincere moment. I was religiously taping Marley Marl’s WBLS mixes. I still own the cherished tapes and they still sound damn good today. When you’re a 29-year-old Frenchman and you discover—and dance—at Better Days, Escualitas, The Saint and the Paradise Garage in one whopper of a night, you fall in love with the guy who got you there, who’s grinning and saying, at the end of the night, “I told you so, honey.” Jim Dolinsky (R.I.P.) was very white but all I was listening in New York in 1987 was either black or latin music. East 4th Street between B & C was the most beautiful place in the world for me and I will never forget the strange chemical smell in the hallway, something that got quickly Pavlovian, as I knew there was pleasure and happiness right behind that door.

I believed in long distance love affairs, even in a time before fax, Internet and mobile phones. The long letters from Jim typed on white clean paper are still here to prove it. Though I learned I was HIV-positive the year before, New York gave me a reason to live, through music, love, clubbing, ACT-UP and a dash of E. It’s no bullshit.

1987 was a magical year on many levels. I had met Jim six months before in Paris and he had brought me to this town that I was bound to love from the get-go. All my friends kept coming back from the States and saying, “Oh, Didier, you’ll love New York, it’s so you.” That prediction annoyed me and I kept on postponing NYC. I was broke anyway, couldn’t afford it.

What I’m telling you here I’ve written many times in French. I get the feeling now and then that it’s all a dream. Jim’s death, a few years later, was a total fail for me. When he was sick, I was helping and I didn’t mind kicking away his cute little dachshund, always eager to lick the feces on the bathroom floor when Jim was too sick to reach for the toilet. I cleaned and bleached everything. That was AIDS at that time: a disease of bowels on the loose, people going blind or losing their minds altogether, tied on their hospital beds. Real fear came later when he was dying in his own flat that I loved so much. I failed and didn’t know what to do, going into town to shop at Gap to clear my mind in the most selfish way. It took that death in particular to learn how to do the right thing with others in the following years. Maybe you have to fuck up in a big way the first time around.

After that, New York was an epicenter of pain for me and when I got to walk in the East Village again, Jim’s street was a magnet where everything had changed but me. I was no longer invited. I felt guilty going to Dance Tracks, I felt guilty staying true to Frankie Knuckles. I even felt guilty enjoying Sound Factory and then Body & Soul. I had lost the most important man of my life, the one I never had an argument with. The one that never rose his voice at me and to whom I never raised mine. I was so thankful for all the things he had shown me and for being the man I was dreaming of in my teens: a beautiful smiling man with pearly white skin, a fantastic smell and a neat cut dick. And such a good dancer. Damn.

It took a solid ten years to overcome the loss. It gets better as they say, but New York made me feel uneasy. I moved to the countryside in 2002 and New York is the only city that almost makes me regret my house and the Normandy landscapes around it. I still can’t explain it. It’s a paradox. New York is all things urban. I don’t know. But I’ll tell you something. Of all the things that disappeared in Manhattan, like the Pop Shop, Dance Tracks, Physique Memorabilia, the odd flyer with Larry Levan’s name on it, Sound Factory, the seedy porn shops of the Village, SYP in front of Pyramid, the Bar on First Avenue—it’s the old feeling of Odessa that I miss the most. I loved it there. It was the place where I could be face to face with Jim and absorb every little detail from the street.

I never loved NYC for the big things: the MoMA, the Guggenheim, the Statue of Liberty, the Empire State building—OK the Brooklyn Bridge is awesome. I love the little things, the ones that go cheap: the Cinnamon Dentine, the carrot cakes on the counter of delis, the takeaway food, the piers down Christopher Street, cheap lube, Ivory soap, Johnson & Johnson baby bedtime powder. That sums me up all right: I was the man in the streets, not at the Eagle.

I guess there is no other French journalist who’s been so adamant about his love for America. It closed a lot of doors for me, as our culture looks down on gay guys like me who marvel at the beauty of boys from NYU. It’s not Foucault for me, it’s David B. Feinberg. It’s not Queer studies, it’s Vito Russo. I marvel at American men, I have many theories about their size and allure. At 53, I’m still taken away by the mystery of their genes and beautiful accents. Louisiana men, talk to me. My love goes to the working class and the suburban guys, men you see in amateur sex movies like Sneek Peek, the foundation of the Brian Kenny world, the guys you see on Tumblr with their iPhones taking pics of themselves.

New York is still all this to me, walking in the streets for hours even when I don’t like walking anymore (older age maybe). In New York, I can even see America beyond New Jersey, the deep lands I never got to see: guys in Boulder, Colorado with their shirts off, the outdoors, the horses and tall grass, the Joe Gage myth…

It’s all political too. I know it’s part of the propaganda that shadows the ills of America in the rest of the world. I do know that. But I believe it in my bones. I’m coming to terms with the fact I will never experience again this love before my time is gone, that I won’t drive from Dallas to Marfa, Texas, to check out men in the gas stations on the way. I’m a working-class queen far away from the working-class men of America, whether white, black, Latin, Asian, Italian or Irish, and that’s my curse, but it’s OK because my main man gave me New York and Cherry Grove and a glimpse of what was far beyond. In 1987.