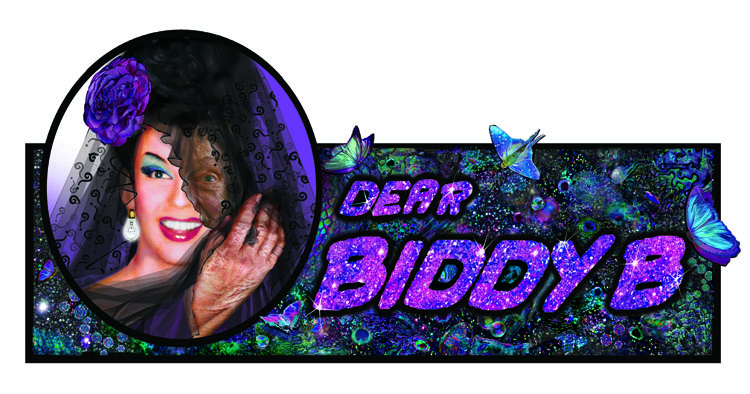 This is my first summer in the city, and as a young twenty-something, I was expecting to meet new people and have a lot of fun. Yet I find myself going from home to the train to the office and back again nearly every day, too tired or timid to socialize. I haven’t really had a chance to make many new friends, and bars aren’t really my thing. How can a quiet queer gal bust onto the New York scene?

Well Dahling, I am only slightly dismayed Manhattan and its towers have not turned out to be the merrymaking or should I say Mary-making bacchanal you had so looked forward to. You might have done better had you headed west young man, to San Fransissy, which has been likened by many to one monumental picnic ground, a multifarious fête champˆtre as it were, an incessant outing of full baskets and wieners roasting with potholders at ready, all quite gratifying if you don’t mind the aunties. Pack citronella candles just in case.

Quite right Mrs Blatourbotum, I should mention, although you may have already been advised, castromites leave their cakes out in the rain, all melting some green substance—quite an unpleasant visual and baffling tradition that I find overmuch and thriftless. Yes Mrs Blatourbotum, I am of course aware he is here and not there! There are times Mrs. Blatourbotum, you try my patience.

New York City is most certainly not an amusement park! To the contrary, Gotham is as tough as granite — an endurance test of sorts for survivors, although there would seem to be an abundance of thrills and wild rides to be had—-from Paratrooper to Ranger to Jump and Smile — you can even find the occasional Wind Seeker or Top Spin, and all, Dahling, within city limits.

I wonder was it the Visitors Bureau or the Chamber of Commerce that gave you the impression our Big Apple was indeed some engorged fruit pie to toss and rut about in. For many I suppose it is no more than a roadside rest area fruit stand abounding with ripe melons and bananas and berries and plums —however few the cherries. Cherries I’ve been informed, black, tart or otherwise, Dahling, are an infrequent find even in season!

The city for most is a place to succeed, indeed to excel at doing something demanding—other than a mean fellow in black leather chaps. I find the red patent off- putting- don’t you- and quite incapable of rendering one worthless or in want of chastening–I dread that inevitable day when our restraints, slings, and straightjackets are offered in a variety of designer colors and conceivably even more distracting, dainty pastel floral prints. Can we spell oilcloth, Dahling !

What is it you are muttering about now Mrs. Blatourbotum? I expect it has nothing whatsoever to do with the guidance this Nerdy gentleman petitioned me for. My readers are quite aware I am at times given to a bit of circumlocution. Have you never digressed, woman—dare I mention gone astray? Have we so soon forgotten the indecent and ribald debacle of this New Years Eve just passed —resulting in a three-day hoosegow incarceration sharing a barred roomette with some wild man claiming to be Father Time! A flasher no less! Never mind the length of his sickle! Really, Dahling.

In times gone by after a day’s endeavors, the first hour of the evening was passed seated in a swing on one’s front porch watching the darkness slowly flow over one’s neighborhood. Now you are more than likely on the subway packed like livestock in a cattle car, nose to nose with some greasy bovine personage masticating their onion and garlic cud— or— developing lung cancer on a “standing room only” and until recently, smoke- filled commuter train. Of course there are those fortunate enough to be trapped in a tunnel for several eternities, stuffed into the backseat of a Ford Fiesta, pressed between two extensively perfumed and elephantine members of an automobile pooling. Fiesta indeed, Dahling, however if one must endure what verges on outright intimacy you will at least have been properly introduced.

Have you found no one convivial at your place of employment or are you a somewhat prudent individual choosing never to bake one’s brownies where one breaks bread? Surely there are like- minded tenants in your building. One can usually multiply the number of floors by three to estimate the total of other light-footed lessees sharing the same address. Certainly there is a gym bunny, Dahling, or a Miss Thing abiding somewhere in the vicinity. I was under the impression there was scarcely a poof proof borough left in the city. I would however were I you ferry away from the Staten Island which much to everyone’s chagrin is still floundering about somewhere in the Middle Ages. I have it on best of authorities,Dahling, in place of gay pride day they hold an annual mini inquisition and KKK rally precipitating a substantial boom in the sale of bed linens and hoodies of all sorts.

Once met—it is requisite you share some pleasurable pastime, some avocation or bent you both appreciate equally. To elucidate, I am acquainted with a somewhat sadie mazie dissident into sandpaper origami and I understand there is currently a resurging interest in soap carvings of the Disney characters genitalia or as likely as not merkin weaving might be more your groove or perchance, gluing things down.

You may both possess curious collections of nugatory objects you would delight in comparing. By way of example, antique aqua glass Ball jars featuring ones accumulation of celebrity navel fluff or carefully selected wads of chewing gum or the rolled and dried nasal mucus, “boogers”, of only the very most important persons found stuck to bedposts or adhered to the underside of secretaries or your finest Bouji chair. Should you be religious by nature, clearly a contradiction in terms, you may harbor some other hermetically sealed type container preserving those tiniest of disposable paper cups the wine is served in at a communion or the discarded foreskins from various brits you might have gathered up. My very dearest friend Miss Winifred Scruggs at one time collected Russian Federation toilet paper tubes. I have never risked inquiring how or why!

A great favorite I am sure with those interested in amassing the remarkable would be any biblical personality’s image discovered in a potato or buffalo chip or any other vegetable or fecal type matter that has somehow formed itself into the likeness of some readily recognizable figure. It is rumored Miss Bette Davis had a mold made of Miss Joan Crawford for just such occasions.

A pot luck in the basement of your neighborhood place of worship I doubt would be of any benefit save for the free spread and where else, Dahling, does one come across a marshmallow peep casserole or gummy bears suspended in layers of Jello. If you are as demure as you indicate you might consider one of those hideous walking tours, however you will need sensible shoes. You will no doubt be traversing over treacherous terrain in areas where pavement repair is negligible and gravel is considered civilized. Once again pack citronella candles. There is of course the Lesbian, Gay, Bisexual, and Transgender Community Center, (have they left anything out) although that seems rather too obvious.

I should add in closing I do not think one sets out to find friends or lovers—such alliances are mostly unexpected, which only adds more sparkle to such an adventure. I will write again very soon answering two other young persons’ inquiries along similar lines. I have so many considerations that want tending to, still I hope the space of time between our correspondences lessens and I thank you for each and every brief moment we occasionally have this opportunity to share. Until next time, I remain your most beholden friend,