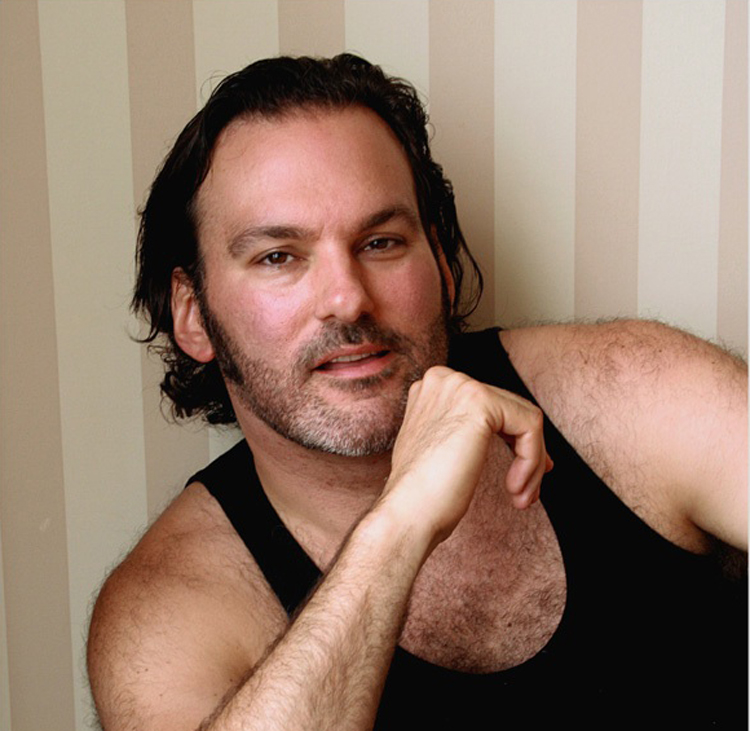 Michael Montlack’s witty narrative poetry and prose are filled with subjects familiar to anyone who grew up in an American suburb in the past forty years – girls lounging by swimming pools, Stevie Nicks songs blasting from a car radio, and parents and siblings alternately loving and hurtful. Yet Montlack offers so much insight and charm that these subjects don’t feel stale or trite. The poems in his latest collection, Cool Limbo deals with his upbringing, his family, and his life in New York after coming out of the closet in both satirical and tender ways. I met up with Montlack to discuss his process.

Adam: Do you consider yourself more of a poet or a writer or how do you characterize yourself?
Michael: I see myself as a writer; the word poet sounds too serious. And I started writing short stories. Prose mainly. I’m working on a fiction book.

Your last book was My Diva. Can you talk a little bit about what that was for people who didn’t read it?
My Diva was an anthology of essays that I edited. It came out in 2009. It started with an essay I wrote on Stevie Nicks. My friend who’s a journalist kept urging me saying, “You’re a storyteller, you write great stories. And I didn’t know what to write about so I looked back at this topic I’d written about years ago about Stevie Nicks and tried to deconstruct my strong fascination and attraction to her, since I was a gay boy in the closet. And that led to an essay and then I started to talk to all the gay poets and writers I knew and ask them about their divas and squeeze these essays out of them. Poems too. So My Diva was all essays about divas like Sappho, Cher, Julia Child and Princess Leia. That was a great experience, and now I’m finishing up the poetry version called Divining Divas, due out in February 2012.

What I noticed about Cool Limbo is that a lot of the poems are also about your fascination with women, feminine qualities, your sisters, etc. I was wondering if you saw this book as a new book or as a continuation of the previous one?
I think I’ve always been surrounded by strong female figures. I have an older sister who was ten years older. I always looked up to her. She was a rocker chick, in a band. And I think that’s where my Stevie Nicks fetish came from – my older sister looked like Stevie. And she used to protect me from anybody who she thought was picking on me – although it didn’t happen that much – she was always standing up for me. And then I had this twin sister who had this really strong energy as well. And then my mother, and my mother’s sister – were also these really strong women. It’s always been really comfortable to me. So the first part of the book is called Girls, Girls, Girls – poems about women – and then the second half is Boys, Boys, Boys. When I was a boy I gave up a lot of my boy friends when I was realizing I was queer thinking I would have to hide more or put on more of a façade for them than I would have had to for my girl friends. I had a lot of strong female friends, even though they didn’t know I was gay I always felt protected around them. When I came out, I hung out with a lot of lesbians more than gay friends. And then later on I transitioned to being more comfortable with gay men.

Has it always been easy for you to write about yourself?
No. That’s where the poetry came in. When I was a teenager I was always writing about myself. I was always writing fantasy oriented or cryptic song lyrics, poems or stories. That’s why Stevie Nicks appealed to me. She was being very emotional, but you never knew quite what she was getting at. She was being personal but using codes. I was always trying to figure her out, and I figured out a way to express myself without revealing myself. When I was an undergraduate, my mentor used to say, “You’ve got it all down. You know how to write stories, but you don’t have a voice.” And I didn’t know what she meant, and then I wrote this story after I came out, and I found my voice, and I think that was a bridge to be able to write more personally about my life.

Does it become challenging – being Stevie Nicks-esque – when you’re being personal and using – for lack of a better word – poetry that may obscure your meaning?
No. I think it’s just a matter of variety. Anybody can get bored doing the same thing. I’m definitely a narrative storyteller; I love poems, a narrative voice. I like the elements of fiction in my poetry, even plot elements, characters. But then I like to give myself a break from that, just to see things differently. I think also in writing about myself, I will often shift to doing stories about other people, and often in the stories about other people, my story is there, but with a focus on them. I do that with a few poems about my sister. I always see my poems as portraits of other people.

Your relationship with your sister is explored several times in the book. Do you use something like these poems to try to solve something about your relationship?
I learned very young that you get the worst kind of poetry when you write to try and solve something or out of anger. I think I just have these moments throughout my life where – it almost feels like a shutter in a camera – cinematic, and the click goes off and that’s a poem. I’ve had those moments when I was young and now when I have the ability to write them. I think they can just come from joy and gratitude too. You know the poem about my sister, reflecting on how she just kind of stuck up for me, but also maybe solving things that she went through. Some of the things I go through there’s a quest for resolution in some of the poems. There might be some catharsis, but it’s more of just a story, a portrait. I can’t explain it more than that.

Do you feel most comfortable with a poem as a way to tell your story?
Not really. I just finished writing a novel from the point of view of a 16 year old obese girl and again – some of that’s based on things that I experienced or noticed or thought about as a kid. There’s biography in everything one does, but poetry for me was more of a practical thing for me. I always wrote it but when I came back to NY after finishing my master’s I didn’t have time to write my short stories because I had no time. So I was condensing these stories down into these story poems or narrative poems. I don’t know if I have a favorite way of expressing biography but telling stories – I just love that.

Have your family read these poems?
They don’t talk about it too much. They’re really proud; when you walk into my twin sister’s house she’s got it on display. But she’s heard them. I’ve read them to her. She’s been saying for years that I should write a book about her. So she’s this larger than life character. I started writing the poems about her, but even when they didn’t portray her in a flattering light, she was still flattered. She likes the spotlight. And I’m even thinking of my next book being about her because people love the stories about her. Anything I write about her gets published almost immediately. She’s really colorful and unselfconscious.

Has she ever been offended?
There was one poem in the book called Michelle, MY Shell, and when I read it to the class everyone said I want to meet her. But it deals with some of the rough points in her life when she was drinking and she was trying to get over that. And she was very self-conscious because she was a new mother and when I sent it to her she was really upset and she said you can’t ever publish that. But I had to make a decision and say I know I wrote it out of love and it’s a tribute to her and she’ll get over the awkwardness of it and she did in a few months. She just said she was worried about having a daughter and wanting to be a role model and not necessarily share with her details about the rough parts in her life.

How important is it to you to understand your identity?
I think for all artists that should be a concern. Great art asks questions instead of answering them. I think that one of the big things in my poems about being queer, I felt that when I was gonna come out I would be free of all this oppression that I felt but then I stepped from one fire into another of this really surprising pressure from the gay community. It was so shocking. I was always fighting it off. I felt that my experience as a gay person was always to value myself and my individuality. It still interests me, this kind of doing for yourself of what’s right for you and not what’s right for everybody else.

Do you think that’s a symptom of our gay identities?
No. Just identities in general.