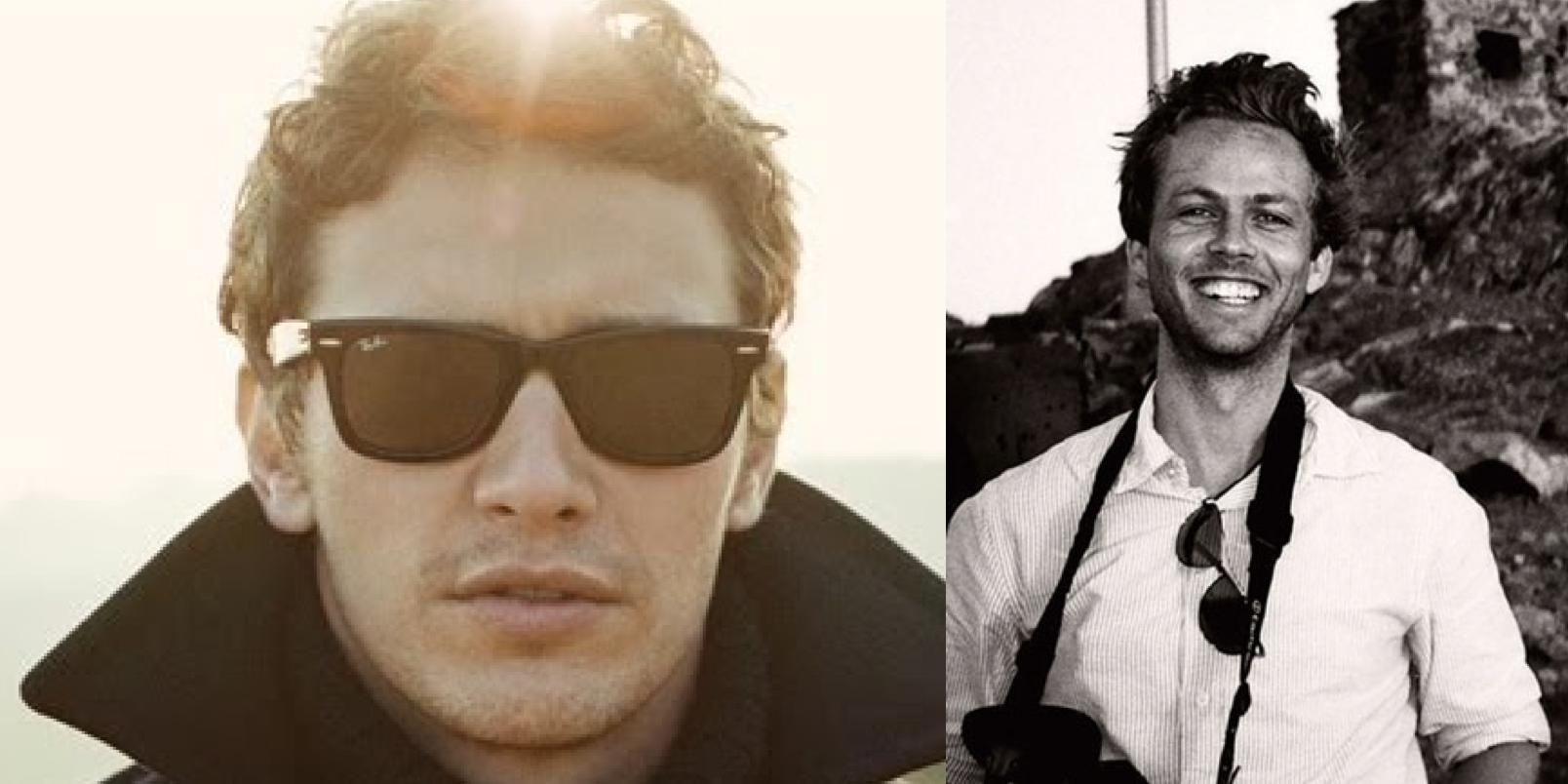 In quantum labs you can see an object in two different places at once. Yes, at the same time. Laugh, I used to, but quantum physics is a radical science. I studied electrical engineering and was taught Heisenberg’s theory that atoms are not things but rather tendencies. Still I can’t totally believe that one object can be in more than one place at the same time. This was the first paradox I came across in my adult life, something I re-lived watching Francophrenia (Or Don’t Kill Me, I Know Where the Baby Is), an experimental film around James Franco’s appearance in a soap opera.

Directed by Franco and hardcore documentarian Ian Olds (Fixer: The Taking of Ajmal Naqshbandi), Francophrenia is a fictionalized chronicle of the making of a General Hospital episode that featured Franco as guest star. A derivative of a derivative of a soap opera, the movie takes place during one night at L.A.’s Museum of Contemporary Art. It is both a narrative and a documentary that toys relentlessly between dialogue and voiceover, private and public images, celebrity and fans, sanity and paranoia while staying Franco-ubiquitous. We follow him on billboards, chased up and down stairways, talking to anyone on the set, and freefalling from rooftops. My visual feast (a tribute to David Lynch) was only fueled and distracted by Franco’s real life multiple professions. He is a film instructor, a screenwriter, a director, a Ph.D. student, an author, a conceptual artist, a blogger, a film editor and of course an actor. For a moment my consciousness of the movie, of the world, shifted from a sum of events to multiple possibilities at once.

Does James Franco really even exist? I thought as I leaned back at my cab’s seat, on my way to interview Ian Olds at the Hilton in New York’s Fashion District. In Heisenberg’s world, where atoms are tendencies (“atomo” in Greek means person), we are products of tendencies. In that world, a world of possibilities of consciousness instead of events, multiple Francos could exist. So which Franco was in General Hospital? “The consciousness belongs to the observer,” my engineering teachers told me. “The observer influences the event.” The only problem is that in our world of cabs, movies, and popcorn, we don’t really know who the hell the observer is. So how about the observer being the guy behind the camera? “Ian!” I shake Olds’ hand.

“Thank you for your the interest in the movie,” Ian says.

He refers to my email where I linked Francophrenia to Greece, my homeland, currently obsessed with Turkish soaps in the midst of the perfect financial and social storm. An Eddie Redmayne look-alike (the ginger hair, the Vanity Fair smile) Ian mixes clean looks with dirty boots. There’s something Byronesque about him, like a kid who plays piano and yet volunteers to go to Haiti—could these very kicks have been to Afghanistan? “I admire your work,” I confess. “So far,” I add and Ian gives me a shy smile that makes it impossible to guess his age.

We are seated and I begin to talk about the film by saying that during the first part of Francophrenia the camera seems to hate Franco. “We see him as a contemptuous narcissist, at times obnoxious,” I elaborate and Ian nods and grins. So I go on. “He gives a speech like a stoned Brando projected on a wall-sized screen.” Ian doesn’t get defensive. Actually, he looks amused. He’s a good listener something that makes me feel like I’m on the shrink’s couch. I tell him that in the second part his star finally relaxes. People working on the set—men of labor, non-actors and black transsexuals—make Franco look like a child in a tux that wants to seduce us. He appears as a handsome angel, no hint of the demonic James in him. That’s until he’s beset by a claustrophobic paranoia, and becomes obsessive and hateful again. Then Franco gets vulnerable and delusional like the campy characters struggling to break out of the comic-book frames in a-ha’s 80’s video for “Take on Me”.

Ian enjoys the direction I’m going. He gets the phases I describe and acknowledges the unnecessary angst of his protagonist. “But everything’s is sort of unnecessary,” he states and, in a way, justifies his meta-movie by highlighting “the surreal amount of labor and energy that goes behind this soap mediocrity, this celebrity-driven spectacle.”

“Then why did you do it?” I ask Ian. “If we agree that the output is an expensive nothing then what’s the point? By showing this negative return on investment, you are either legitimizing my mother’s obsession with soaps, or you are exposing it, calling it absurd. Which one is it?”

“I’m not sure that what you are asking me is part of my job to answer. Part of the artist’s job to answer,” Ian replies.

“Sustained,” I murmur. “But you did the Fixer. Whether you want to admit it or not, your work is political. You can’t deny people’s love for disposable culture. It’s there. So your work has implications.”

“When you dive into an experiment, you have to be comfortable with the possibility of failure,” Ian says and checkmates me. “Looking forward, I’m more interested in fiction,” he adds and bang! I get it. From Afghanistan, to hyper-tinsel-nothing, to fiction, Ian and his boy are getting away with “parallel universes.” Well, not in my interview. I won’t give them a free pass to their quantum existence. Not yet anyways.

“Let me tell you a story,” I say and Ian looks genuinely interested—again, a sport. “During my post-MBA dry-clean-only white-collar life, I used to run into one of my VP’s in the elevator. This fat son of bitch, to whom I had delivered solid work, would not give me the time of day. Then a janitor might step in and he’d stop BlackBerrying to say hello to him. Now, are you guys soap-opera experimenting with an equally contemptuous yet politically-correct covered chip on your shoulders? Cause I can’t tell what’s going on here,” I say, and seriously I can’t. Franco’s Gioconda smile has been fixed on his face since the first time I saw him at GQ’s 50-years party in Milan in 2007. I remember him browsing the hangar-sized Felliniesque tent full of men (it was Men’s Fashion week) with a sardonic beam that made it impossible to tell whether he was pleased or ironic to be part of this extravaganza. Was he doing the late Alexander McQueen a favor, or was he just having a good time? Was his gig as an Oscar host performance art or just a juvenile bet to see if he could get away with it? Is his life art, or is he just pushing the envelope, taking more and more risks while shrugging them off? Is he an Andy Warhol or Ayrton Senna? “I give up,” I smile, tired of the possibilities and paradoxes. I want Ian to take a real position on their experiment.

He looks at me curiously. “Shots are thoughts,” Ian says. “You don’t see it, but there is a butterfly effect.”

He’s talking “Heisenberg” to me, and that suddenly makes me the observer. Franco’s paranoia from the movie gets under my skin. Franco’s voiceover lines echo in my mind: ‘This is crazy,’ I hear Franco’s ghost whisper. ‘I got to get out of here. Everything will be alright.’ I am inside Francophrenia now—as the observer I can choose to be there. My mentor Ira Sachs was Ian’s teacher at Sundance. I invite him to Ira’s premiere party. Ian looks pleased and handsome. ‘I got to kill him,’ Franco fucks with my mind. But, hold on a second, in Francophrenia Ian himself ended up recording the voiceover that is supposed to be Franco’s. I’m turning into Ian on Ian; the quantum joke’s on me.

Ian hands me a white business card that has his digits in white font. Really. ‘I didn’t go to grad school for that,’ the Ian-pretending-to-be-Franco within me says.