Tucky Williams is a woman who wears many hats.

A former indie movie horror queen and meteorologist, she is now the head writer, producer, and lead actress of one of the most popular lesbian web series today, Girl/Girl Scene. (Oh, and did I mention she’s a yoga instructor, too?) Now in its second season, Girl/Girl Scene follows the lives and loves of a group of young lesbians in Lexington, Kentucky. Williams plays the charismatic, confident, and promiscuous Evan – the central figure around which the show’s complicated network of hookups and relationships revolves.

Williams claims to have little in common with her wild character, but has revealed her own alluring charm and sense of humor during her time in the spotlight. Though the first episode was produced with literally no budget, it soon went viral, catching the attention of AfterEllen.com, Curve, and other big names in the lesbian blogosphere – not to mention financial backers. I asked Williams what she thought might be the secret to the show’s straight shot to the top.

“It’s because people love lesbians,” she says matter-of-factly in our email interview. “If everyone put lesbians in their shows, they would all be successful.”

END_OF_DOCUMENT_TOKEN_TO_BE_REPLACED 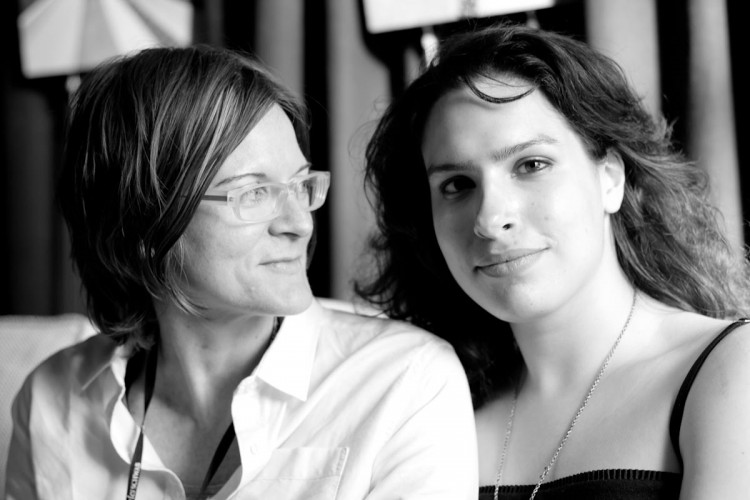 It was a year ago this week that I told my parents I was in love with a woman. Dan Savage always advises callers in the process of coming out to give their parents a year for them to get over the initial shock. I think I mistook this to mean that by the time 12 months had passed they would have magically come to terms with my sexuality. This hasn’t been the case.

My parents emigrated to America from Iran in the early 80s. As result, they’re hard to pin down: quite progressive and open when it comes to certain issues, but also traditional and stuck in time when it comes to others. Growing up, I related more to the upbringing of my friends’ parents than my friends. In the year since I’ve come out to my parents, there have been screaming matches, silent treatment, one very public four-hour tear-fest at MoMA, and very little progress has been made. My father refuses to meet my girlfriend. “You don’t understand what it’s like” my mother says. “We were raised differently.” This argument is hard for me to swallow because didn’t they raise me? Weren’t they there for that entire period of time that my beliefs morals were formed? How can we differ so drastically when it comes to this one issue? END_OF_DOCUMENT_TOKEN_TO_BE_REPLACED