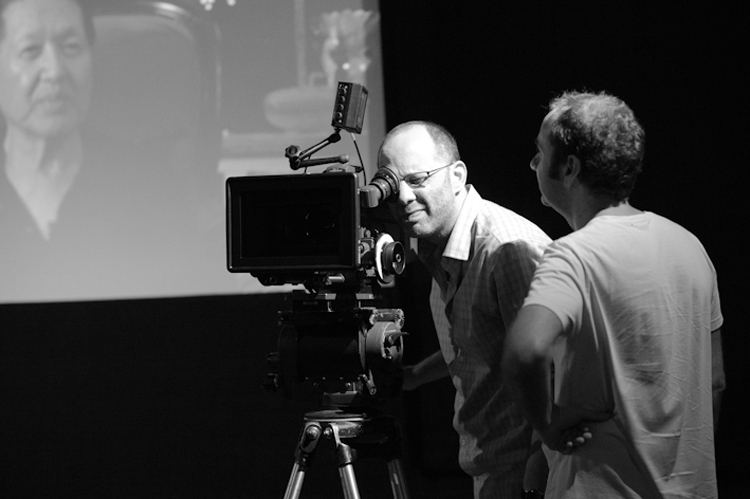 I walked past my ex-boyfriend’s first apartment on W. 15th Street on my way to set this morning. Mild musings, but it was a long time ago—14 years—and I feel somewhat like a different person. I do believe people can change, maybe not essential personalities, but the level of pain goes up and down and, with it, the character. I don’t live in the kind of steady pain I used to, and loneliness and isolation. It’s a running theme in the movie, certainly, that from the age of 13, when I first started having sex, in secret, with a lot of shame, I held a certain part of me back from others for the next 26 years. I came out at 40, I might say. I decided, through the Program, to not keep a part of myself back anymore. You get mostly what you pay for.

Though I still see myself doing silly things. Like today, feeling so anxious about the extras we had brought to set, unpaid volunteers, some with mothers attached (stage moms or mothers of gay teens—both today), who either it turned out I didn’t need or didn’t want, and I felt an excruciating sense of responsibility not to let them know. My assistant director Urs said, “Oh, so you’re one of those guys.” Too nice, I might think, but actually too weak. Too self-important. It’s a real Al-Anon issue, as they say.

Walking home with my heavy backpack today after wrap, I see a woman being attacked by her boyfriend on 23rd Street (“Get the fuck away from me!”). I ask if she needs help, and she says yes and then no, and the boyfriend starts to yell at me. He looks harmless mostly, though abusive, and desperate. She tells me she doesn’t need help and then she does. I call the police. I worry on the way home he’ll track me down, if arrested.