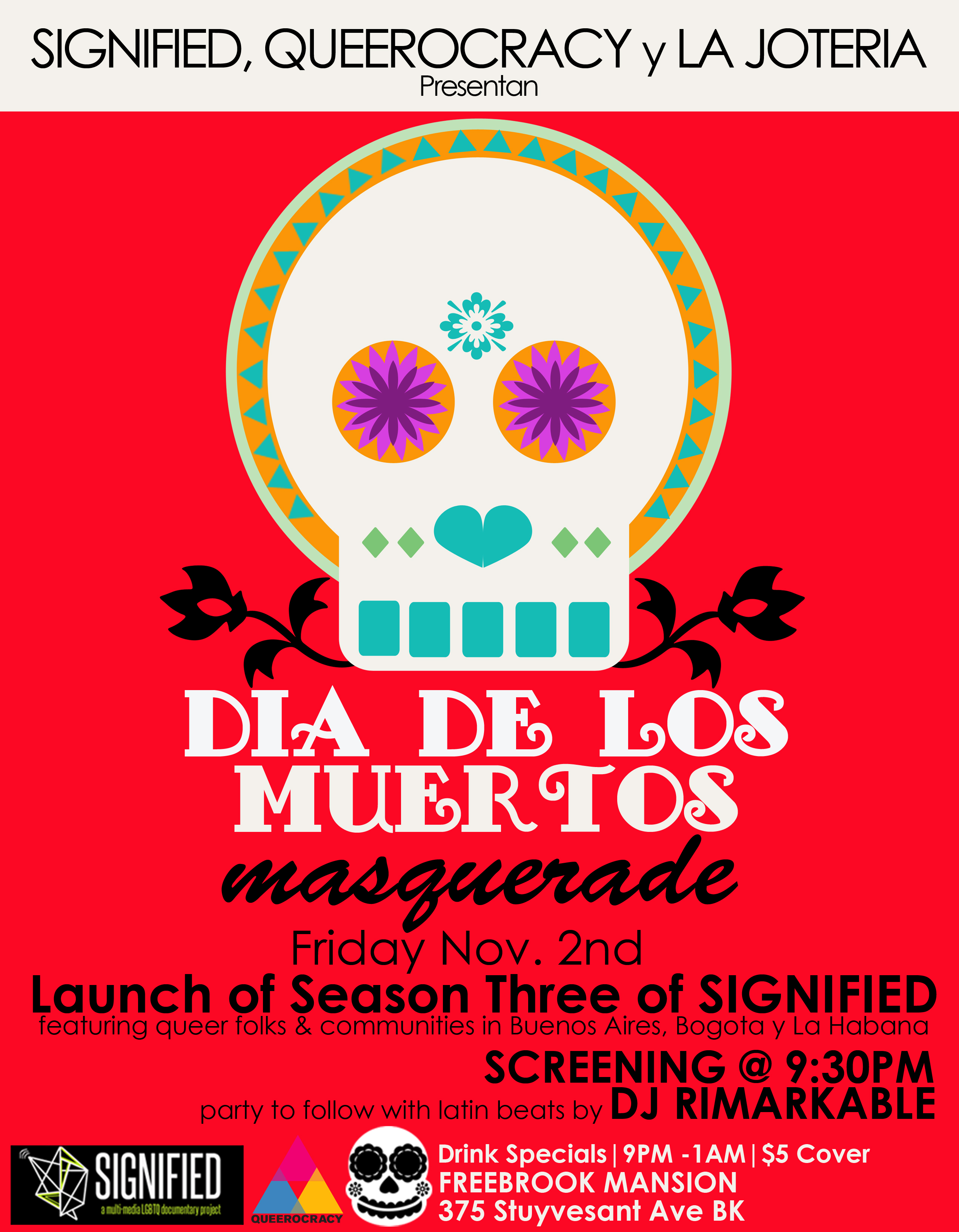 A lot of our friends, readers, and cast and crew for KEEP THE LIGHTS ON live in Lower Manhattan, so we hope everyone’s safe, and ok.

For those marooned in Brooklyn, we know things are getting a bit nutty, so if you’re in or around Bed-Stuy, check out this dance party tomorrow night for SIGNIFIED, an LGBTQ bilingual multi-media documentary web-series, Friday November 2, at the Freebrook Mansion. Here’s from Anna Barsan, co-creator of SIGNIFIED:

In conjunction with La Joteria, a community of queer latina@s & QUEEROCRACY, a NYC based grassroots organization promoting social and economic justice, SIGNIFIED will launch the third season with a premiere screening and Latin dance party Friday, November 2nd, 2012 at the Freebrook Mansionin Brooklyn.Through interviews and events, SIGNIFIED works to provide a common space and platform for our diverse queer communities, both nationally and internationally, to participate in discourses regarding strategies of resistance. We seek to redefine resistance with narratives of collective education, radical interpersonal relationships, artistic creation and identity formation.

The inspiration for interviewing queer communities in Latin America came as a result of a number of discussions which took place during Season 1 and 2 which raised questions concerning accessibility, sharing of resources, and the degree to which cross-cultural dialogue was/was not happening between queer communities on an international scale.

Thanks in huge part to Carmen Torres, a member of the SIGNIFIED team originally from Bogotá but currently working in Buenos Aires, as well as Carlos Motta, one of our interviewees from Season 1, we had direct links to a number of individuals and organizations working in queer communities throughout Latin America. Anna and Carmen (half of the SIGNIFIED team) spent 5 months traveling from Winter 2011 to Spring 2012 to document and interview a handful of these community members.  We are now conducting interviews in the U.S. with Latin@ LGBTQ communities to foster and create spaces for international dialogue addressing the very complex issues of immigration/migration and the policing of brown bodies across borders (as well as within our own borders), U.S. imperialism, constructions of citizenship, colonial legacy, and the changing relationship – both culturally, economically and socially – between North and South America.

Our screening this Friday, November 2nd will feature 5 of our interviews from Bogotá, Habana, and Buenos Aires and provide a glimpse into the issues and topics we will be discussing throughout the upcoming season!