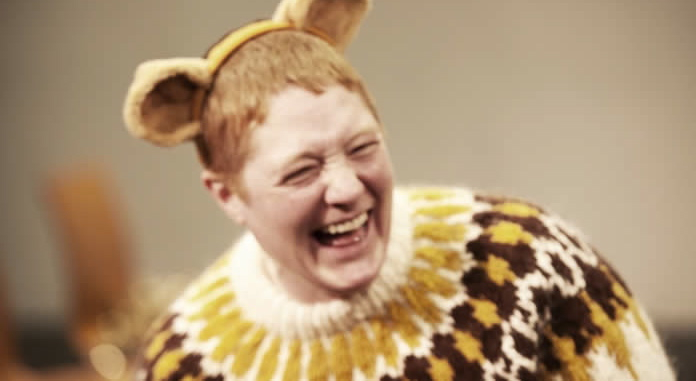 Five years ago, Barbagallo approached long-time collaborator Giarmo with the idea to write a play based on Little Earthquakes. “What emerged,” Barbagallo told NYC theater blog Theater in the Now, “was this apocalyptic horror show about growing up queer and closeted.”

After rewrites during the workshopping process earlier in 2012, Barbagallo told Theater that she’s hopeful that Hunters has evolved to its fullest potential.

“I think we have made something ultimately sadder and more honest about loss and irrevocable choices,” she said. “I still want to think of it like a comedy though.  Comedies are often the saddest expressions.”

Barbagallo is clearly no stranger to comedy. As co-writer of the gay film review blog homoflix, she analyzes gay and lesbian movies on Netflix, sorting each into such categories as “Lesbiochemistry,” “Bad Gay,” and “Phagamones.”

Good Year for Hunters was developed through a residency with Dixon Place in NYC. Visit the Ice Factory 2012 website for tickets and more information.