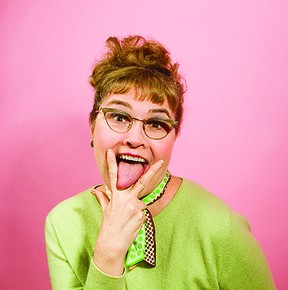 Are lesbians passé? That’s what Doris Anderson will disprove during her Sapphic occupation of FringeNYC.  A humorous excavation of the artifacts and personalities in the LBGTQ community circa 2012, IN HEAT is for the lesbian community and their gay and straight supporters who will all discover survival skills to brave the Gender-Queer Revolution, learn about community cat neutering and get hot tips on dating.  Performances are part of Fringe Festival and run until August 25th.

In Heat Creative Team’s new play Is She Hot Under Her Collar or Under Her Skirt? is a comical, twisted and thoroughly queer look at what it means to be a lesbian in this day and age. The play is directed by Lisa Haas who also stars in the film CODEPENDENT LESBIAN SPACE ALIEN SEEKS SAME which opens this week at the Downtown Independent Theater in Los Angeles.